Amateur astronomers should be able to spot some cosmic streaks early on Sunday morning. Your best bet is to set an alarm and set up outside the city. 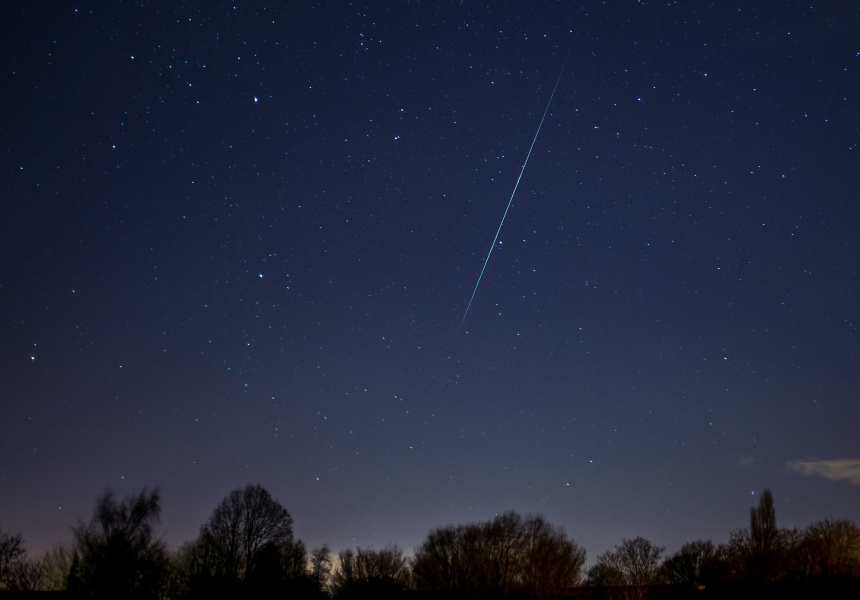 Whether it means getting up early or staying up late, depending on how you look at it, you’re most likely to catch a glimpse of one of the world’s most spectacular meteor showers at 5.40am AEST on Sunday December 15.

Each year the Geminid meteors blaze through the skies of both hemispheres for one day in mid-December. In previous years, at the peak of the shower more than 100 have been visible per hour.

Unfortunately this year, due to the position and brightness of the moon, the cosmic streaks will be harder to see. But by heading out of major cities, Australians could spot between 15 and 30 meteors per hour between 3am AEST and dawn.

“It’s still worth getting out there and having a look,” says astronomer and vice president of the Astronomical Society of Victoria Perry Vlahos. He suggests choosing a viewing point away from city lights and settling in under the stars for at least an hour.

Due to light pollution, city-dwellers are more likely to see between five and 15 meteors per hour, Vlahos says.

Generally, meteor showers are created when the earth crosses the orbit of a comet, and the debris left in its wake burns up in the atmosphere, about 80 to 90 kilometres above our heads. The Geminids are unique as their parent body is an asteroid, named 3200 Phaethon.

“[The asteroid particles enter] the atmosphere at speeds up to about 40 kilometres per second, and that’s one of the reasons why they burn up so brightly and give us a nice natural light show,” says Vlahos.

These speeds makes it easy to spot meteors with the naked eye rather than with a telescope – despite what Hollywood may have you believe.

“There’s a couple of movies that show people using telescopes to watch meteor showers and that is just absolute nonsense,” Vlahos says. “All you need is your own eyes.”

On Sunday morning, if you find yourself in the right location, away from city lights, you simply need to look up to the north-east.

“Try and get way from lights as much as possible,” say Vlahos. "Get into a banana lounge, rug up … Some people like to get into a sleeping bag. You can have a bit of music if you like and a flask of cognac – just to keep you warm, not so you start seeing stars without looking up.”

The Geminid meteor shower will be most visible to Australians between 3am AEST and dawn on Sunday December 15. The peak of the shower is expected at 5.40am AEST.