Over the past couple of months the seal has been spotted up and down the Yarra. Now comes a place to watch all the recent sightings, soon after they happen. 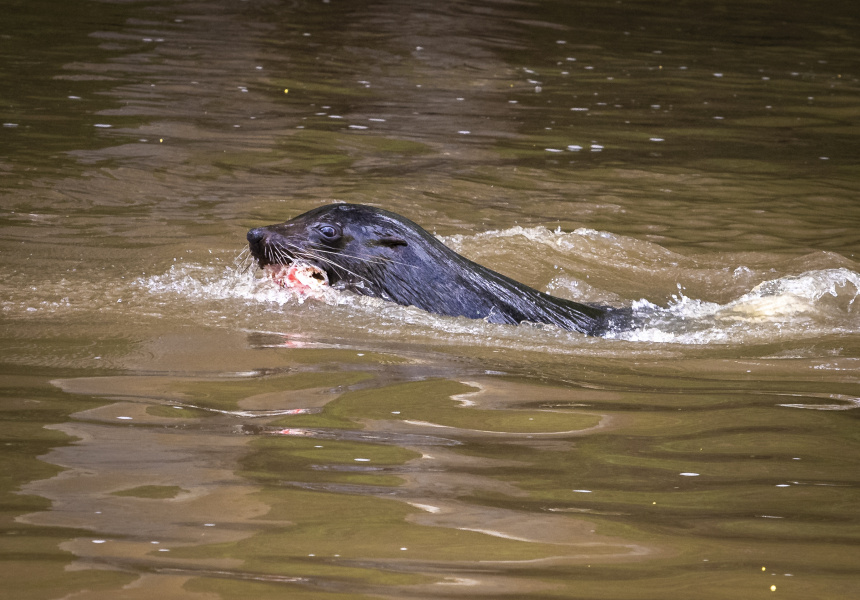 Remember the first lockdown, when everyone was baking sourdough? Then that other one, when we were all watching Tiger King? And the lasagne one?

In Melbourne, where six lockdowns have blurred into a single everlasting ordeal, these odd mascots are maybe the best way of keeping track.

This time around, it’s Salvatore who’s captured our collective attention. Over the past few months the seal has been sporadically sighted cruising the Yarra near Dights Falls in Abbotsford, and closer to the city around Richmond and Toorak. It’s not clear whether this is the same seal that was active in the river from 2014 to 2017 – also nicknamed Salvatore, on account of hanging out near the Salvation Army building in Richmond. Experts think not.

Tattoo artist Tessa McDonnell is a fan. She’s behind @seally_friend, a new Instagram account that collects recent videos of the seal.

“I’m pretty sure I was a seal in my past life,” she tells Broadsheet. “I’ve always been obsessed with seals. I dream about them, I’ve collected ceramics and toys and did all my school projects on them.” (She also has a seal tattoo.)

“In April I was diagnosed with a chronic brain disease and have been mostly bound to my bedroom since then, so online was the only chance for me to spot him,” she says. “Looking at the videos I could find on Reddit filled me with a sense of childlike joy in one of the darkest periods I’ve experienced, which made me want to compile them in one place to spread that feeling of joy around.”

“I won’t ever share the location of the seal as I don’t want people flocking to the edge of the river, potentially putting him in harms way,” McDonnell says. “The page is a way we can all enjoy seeing him, without overwhelming him, as he is a wild animal and must always be treated as such.”

Wild animal or not, he’s the definite mascot of this lockdown – or “the Salvatore lockdown”, as you’ll soon remember it.