It Might Not Be Curtains for The John Curtin Hotel, Just Yet

News broke last night that the historic Melbourne pub is to be put up for sale. But in an unexpected turn, trade unions – which have long regarded the pub as an unofficial HQ – are gathering to discuss buying the landmark themselves. 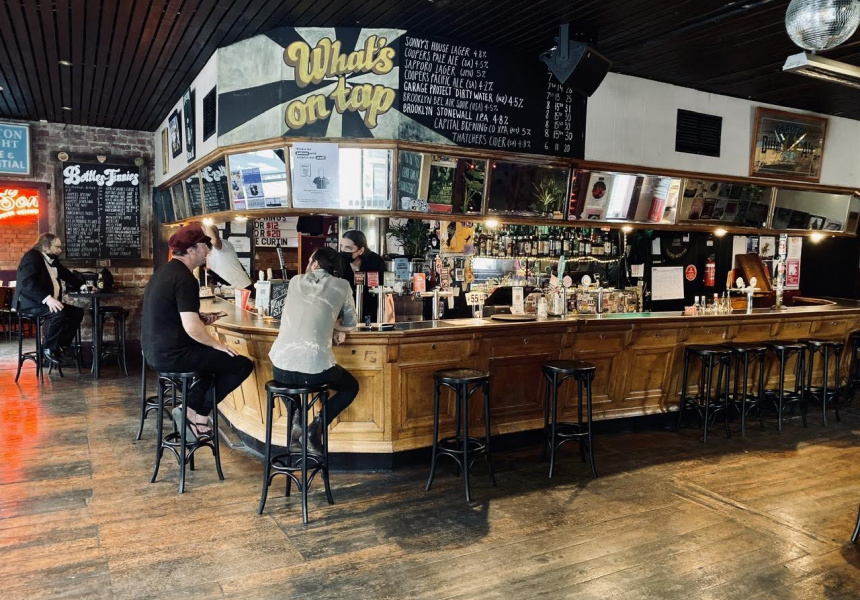 With the awful, though all too familiar, news last night that another iconic Melbourne pub was facing closure and development, the Victorian Trades Hall Council (VTHC) – a long-time supporter of the venue, located across the road from Trades Hall – says it is considering buying the historic venue to protect its cultural and historical significance, and that the issue is bigger than just one Carlton watering hole.

As community groundswell grew on social media last night, Luke Hilakari, Victorian Trades Hall secretary, told the Age that “he had been discussing a bid for the property with union leaders before the announcement was formally made”.

Enjoying a few pots at the Curtin today, Hilakari confirmed Trades Hall’s intentions and fired off a warning shot to prospective developers who may seek to raze the building: “The union movement won't have it, we simply won’t.” The caution is a not-so-subtle evocation of the Builders and Labourers Federation union’s “green bans” of the 1970s, which saved iconic Melbourne venues like the Queen Victoria Market, the Melbourne City Baths as well as the Regent and Princess theatres.

“The union movement would like to protect this place, and not just this place,” Hilaraki told media gathered in the pub’s infamous front bar just after 2pm on Wednesday. “This is like a symbol for every other well-known pub in Melbourne right now. This is about the cultural character of this city.”

With an asking price “in the ballpark” of $6 million, Hilakari said Trades Hall was not in a position to purchase the venue on its own but was putting “out a very big hat to unions to see if they’d like to chip in to try to buy this place”.

Should union contributions fall short, Hilakari said Trades Hall would be open to talking to anyone with “deep pockets” who shared the unions’ desire to preserve the venue.

The 160-year-old Lygon Street hotel isn’t just a reliable band and cheeseburger joint, it also holds great historical significance for the city’s labour movement. Victorian unions have long regarded the pub as an unofficial HQ and a meeting place for its movers and shakers. Scores of the Labor Party faithful have also pulled up a pew at The Curtin over the years. Before his stint as Australia’s longest-serving Labor prime minister, Bob Hawke was known to hold court at the pub, conveniently located just metres from his office, during his days as the hard-drinking head of the ACTU in the 1970s.

It was at The Curtin that Bill Shorten, Steve Bracks and Daniel Andrews charged a glass in remembrance of our larrikin leader on his passing in 2019.

It’s not just the political and labour landscape of the city that has ties to the pub. Pietro Grossi, father of Guy Grossi, probably cooked up a meal or two for Hawke while working as a bistro chef at The Curtin in the ’70s, before taking his culinary pursuits to the swankier digs of Florentino on Bourke Street.

Today the Curtin not only remains a favoured spot for unionists and students, it’s a live-music venue providing young musicians with opportunities to perform and evolve.

While The Curtin is of particular significance to the unions, many of Melbourne’s old pubs should be earmarked for preservation by the government, Hilakari said, urging more heritage protections for “established pubs like this that add cultural identity to the city”.

“What we’re seeing now is developers pick off, one by one, really important pubs.”

The most famous of those, in recent years, was The Corkman Irish Pub, also in Carlton, which developers demolished illegally. But several others, including the Gold Rush-era Great Western in the CBD and North Fitzroy Star, have met similar fates.

“Our city is a gritty city and part of that beautiful magnificence is having places like this to relax and have a drink,” Hilakari said. “We’re a cold city too, so this is like a public space for so many Victorians come winter.”

He said Trades Hall has begun discussions with the government about what the heritage options for such iconic venues could or should be. Asked what Bob Hawke might say upon hearing the news The Curtin was up for sale, Hilakari guessed, “You’d be a mug to sell this pub to developer.” 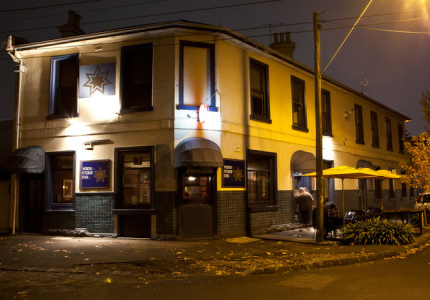