Did you envisage yourself sipping refreshing G&Ts and glasses of rose at the park tomorrow? Us too. Sadly, it’s not allowed under the current rules. Here are 38 non-alcoholic alternatives to take with you instead, including beer, alcohol-free gin and a convincing take on wine. 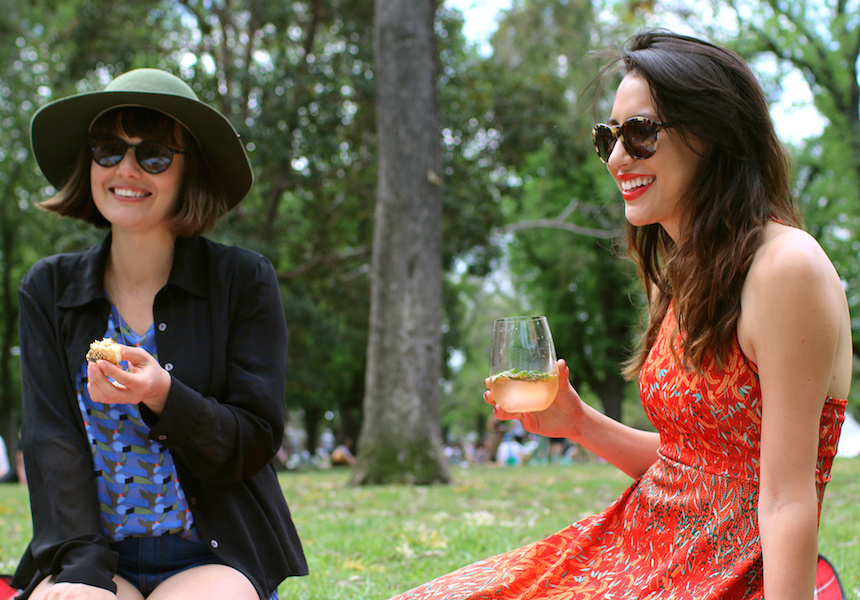 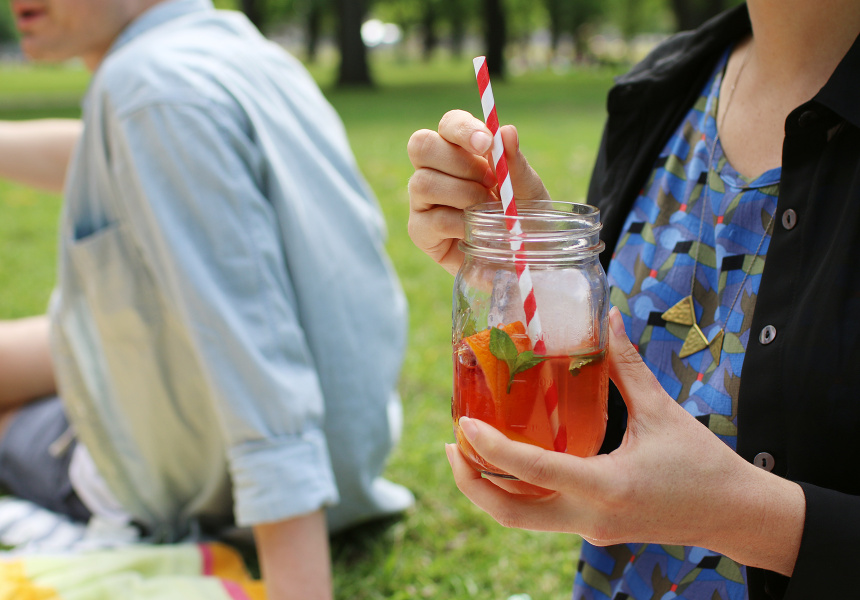 Yesterday we were pretty ecstatic when we heard that picnics – albeit very small ones – are back on the cards from tomorrow, Saturday September 18.

Up to two people, regardless of vaccination status, are allowed to meet outside for a maximum of four hours. And fully vaccinated (i.e. double dosed) adults from a maximum of two households, plus their unvaccinated dependents, can meet in groups of up to five.

Then we remembered that Melburnians aren’t currently allowed to drink alcohol in public, a rule introduced last month after an impromptu street party in Northcote and a takeaway-drink pub crawl in Richmond happened on the same weekend.

Yes, you can remove your mask to drink tea, coffee, water, juice or something else non-alcoholic this weekend, but not to sip a refreshing G&T or glass of rose, like we’d been dreaming. It doesn’t make a lot of sense, but that’s the rule.

Don’t let it dampen your tiny picnic too much. Over the past two years non-alcoholic drinks have come a long way – beer particularly – and now taste as good as their boozy counterparts. Here are some options we’re eyeing off for this weekend.

Recipe: A Citrus-Splashed, Coffee-Kicked Non-Alcoholic Cocktail
When a cocktail is this layered, you don’t need to bother with spirits. In partnership with Seedlip, award-winning bartender Andrea Gualdi shares his punchy recipe for a non-alcoholic cocktail mingling citrus and caffeine.

13 Non-Alcoholic Beers That Taste Like the Real Thing
When was the last time you drank non-alcoholic beer? If it was more than 12 months ago, you need to give it a crack again. Things have changed, big time. Multiple non-alcoholic breweries have launched here, and new contenders are arriving from overseas.

Sour, IPA, Stout and More: 16 New Australian Non-Alcoholic Beers to Try
2020 was a new dawn for alcohol-free beer, which is getting closer and closer to its alcoholic counterpart in terms of taste, body and mouthfeel. Last year we introduced you to 13 great examples. Now try these 16 new entries, spanning strawberry-lime gose, pilsner, hazy IPA, golden ale and more.

I Can’t Stop Thinking About: Seven Seeds’ Coffee Goon Bag
Why bother making coffee when you can have four litres ready to go at all times, to take camping or to the beach? You can also serve it straight from the fridge, with a scoop of coconut ice-cream for a tropical kick.