Victoria’s momentous new Pride Centre is providing the community in Melbourne – and beyond – with the services we need to thrive. On a walkthrough with CEO Justine Dalla Riva, we discuss its remarkable design, what it means to LGBTIQ+ people, and how you can engage with it (including free tours, an art gallery and a bookstore). 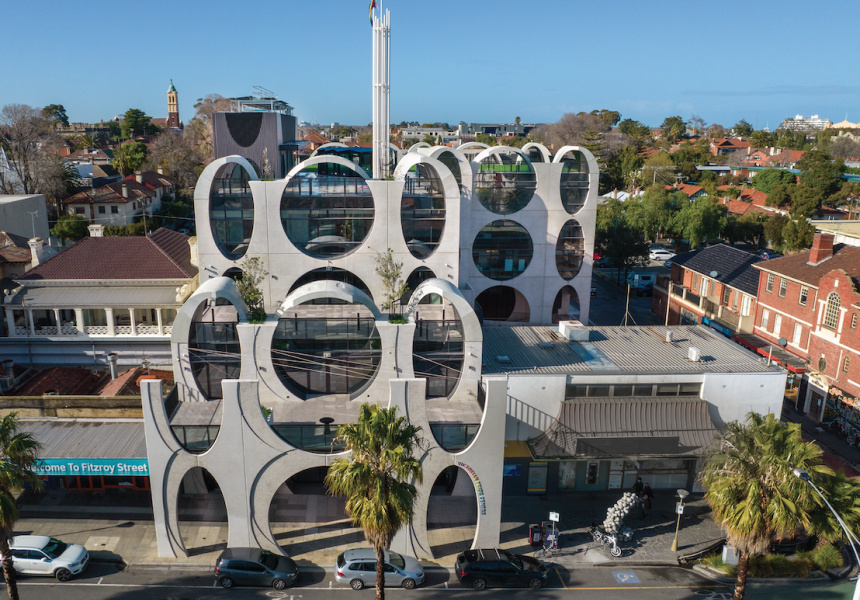 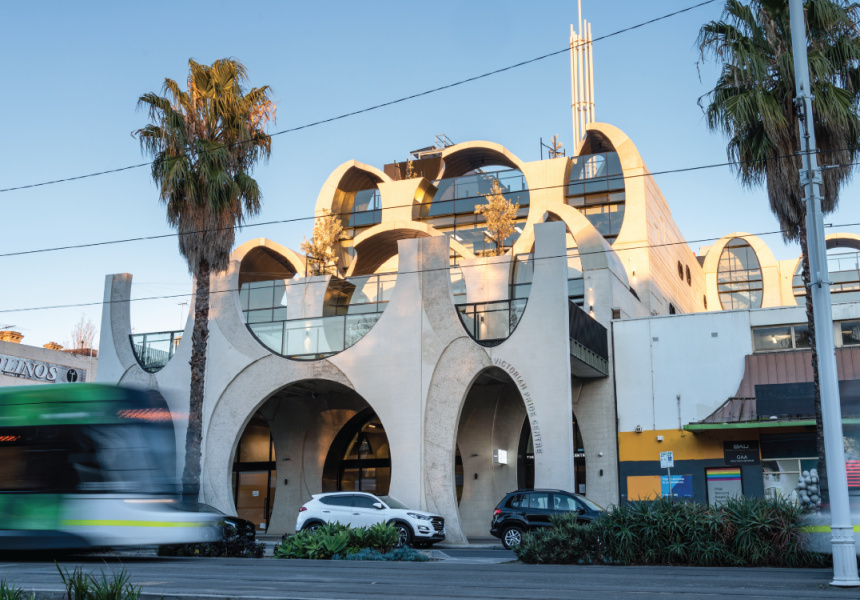 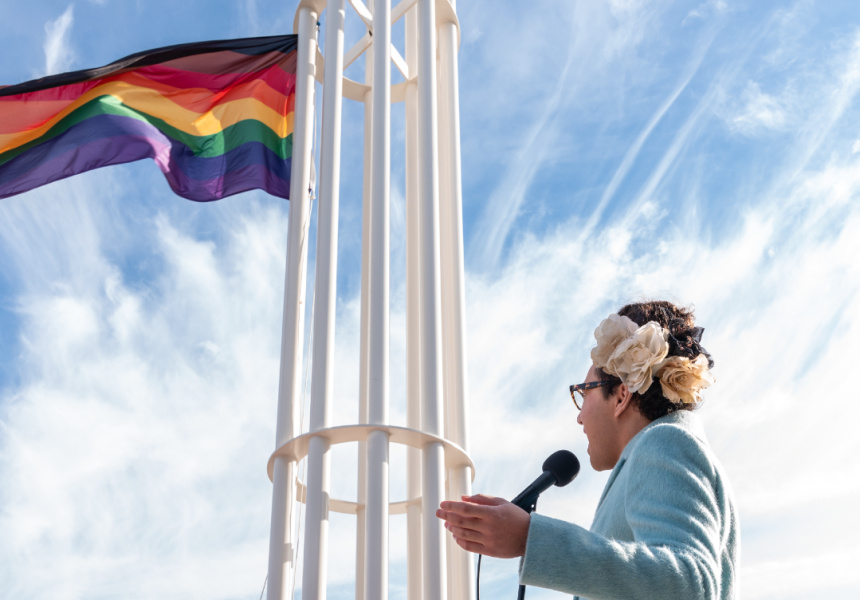 As we continue to fight for the rights of LGBTIQ+ people in this country, something that’s been consistently missing is a truly inclusive space. A space for all, a space made by and for the LGBTIQ+ community, a space where we can gather and feel welcomed, no matter our sexuality or gender. A space we can call home.

That’s why the opening of the Victorian Pride Centre – Australia’s first purpose-built hub for lesbian, gay, bisexual, trans and gender diverse, intersex and queer communities – holds so much weight.

It’s also one of very few dedicated queer spaces that isn’t a bar or nightclub which, while essential to so many LGBTIQ+ people, are often inaccessible to those living with a disability or substance-abuse issues.

Standing tall on Fitzroy Street in Melbourne’s beachside suburb of St Kilda, the centre is a stunning feat of modern architecture. “[It] reflects pride and stability, and suggests a sense of permanency,” CEO Justine Dalla Riva tells Broadsheet.

On a guided tour of the centre, Dalla Riva draws my attention to three of the building’s most important elements, designed in tandem by Brearley Architects & Urbanists and Grant Amon Architects: the “exposed” interior, the egg-like atrium, and the circular nature of much of the structure.

“You may notice that much of the mechanical infrastructure is exposed, and the concept of that was that there’s a sense of things being unfinished – that there’s more work to be done,” she says.

“The theme around the circular elements is that if you have a piece of honeycomb and you cut it in half, you see all of the little circles. So, the centre is a hive. It’s a hub of activity.”

The atrium, meanwhile, affectionately known as the “Emu Egg”, was designed to look like an egg that’s been cracked at the top. Dalla Riva says it reflects that “the community has emerged, that we’ve come out, and that we continue to emerge and evolve”.

But despite its undeniably commanding presence, Dalla Riva says it’s not just a physical building. “It’s so much more than that; it’s a social, cultural and community home.”

The ground floor, for example, is “the floor of social connection” where people can hang out and go to events, Dalla Riva explains. While the mezzanine shows our history with the Australian Queer Archives.

In total, the centre is home to 15 organisations, with more than 80 per cent owned and operated by members of the LGBTIQ+ community. These Melbourne institutions include the Hares & Hyenas bookstore, vital support service Switchboard Victoria, and LGBTIQ+ healthcare provider Thorne Harbour Health.

The centre’s other spaces for members of the LGBTIQ+ community include co-working spaces, which can be booked any time the centre’s open; the Activity Room, which caters to young people and rainbow families; and the Reflective Room, championed by the Australian GLBTIQ Multicultural Council as primarily a place of prayer.

The Pride Gallery is a space used to amplify some of the challenges and issues facing different parts of community, and Dalla Riva says there’s a rotating roster of exhibitions every six to eight weeks.

While the centre is a place for face-to-face connection, Dalla Riva says the team remains acutely mindful of those unable to attend in person and continues to expands its online offering – particularly the website, which has a wealth of information for communities across the state, including an events calendar and a resource directory.

Not only is the Pride Centre a welcome nucleus for LGBTIQ+ organisations paving the way for future generations, it’s also honouring and celebrating our brave – and sometimes difficult – past.

Most of all, though, it’s a place where we can truly be ourselves.

Book a free guided tour or one of the centre’s many spaces online.