Festival Hall Under Threat of Development

Do you want live music, or more apartments? Renders of the new development from Rothelowman architects. 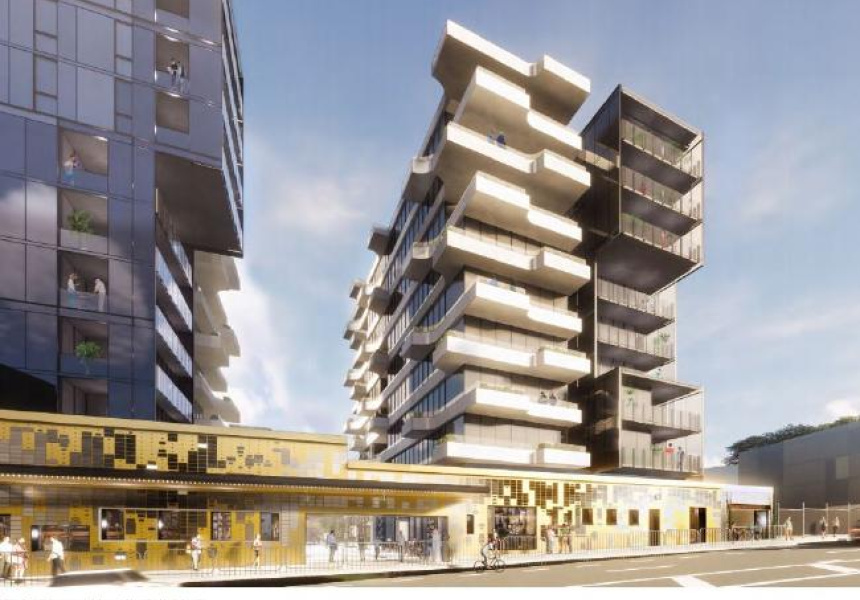 Renders of the new development from Rothelowman architects.

The Age reports a planning proposal has been lodged with Melbourne City Council to replace the building with two towers. The nine- and 16-level towers would include apartments and retail and office space.

The plans propose the main hall be demolished, although a few small reminders of its history would remain, including the boxing ring, stage and Dudley Street entrance.

Originally built in 1915 by gambler and entrepreneur John Wren, the stadium was rebuilt in its current form in 1956 after a fire. The Wren family continues to own the property under the name Stadiums Pty Ltd.

It’s been reported the family expects a backlash over the proposal that will likely mean an end to live music and sporting events being held at the site.

It’s also believed the family sees a local heritage overlay as a minor obstacle to getting the development under way. It’s being designed by Rothelowman architects.

Because of the boxing and wrestling matches held at the venue it became known as the “House of Stoush”. The 5445-capacity venue hosted the Beatles in 1964. Franck Sinatra, Johnny Cash and Bill Haley have also graced its stage.

Artists including Macklemore, Young Thug and Angus and Julia Stone will play the venue in coming months.