The British pop star played a single song to 1000 fans crammed into the famous laneway. Here's a look. 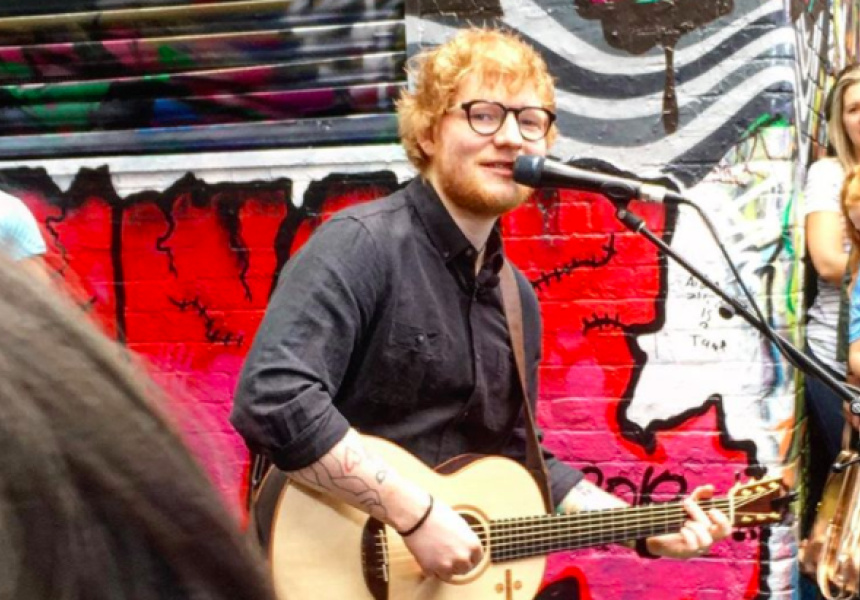 Ed Sheeran played a surprise gig in Hosier Lane this morning for a live cross to the United States. It was part of the 2018 iHeartRadio Awards broadcast. Fans were given advance notice via text message and lined up from 7am for the brief concert. About 1000 people gathered in the laneway to see the show.

Sheeran, who’s currently touring Australia, played his song Perfect before thanking everyone for coming and making a quick exit.

“I’m 'gonna go back to bed,” he said, according to the Herald Sun. The crowd wanted an encore, but Sheeran demurred.

“I don’t want to be that guy but I do have to save my voice ... and if you’re coming tonight I promise it will be an A-plus performance,” he said, referring to tonight's stadium show.

Check out the performance below.

I’m shook? I’m hurt? I’m in love? I need a large fries from Maccas to comfort myself after this 😇😇😇

"Thank you so much for coming out today guys - have a good rest of your day, I'm gonna go back to bed." Ed Sheeran @ Hosier Lane #melbourne pic.twitter.com/dRdZOUrL0N