As businesses and councils continue to wait for this Sunday’s official announcement on potentially eased restrictions, some have already revealed their plans to adapt to post-lockdown guidelines. But not everyone is happy with the options. 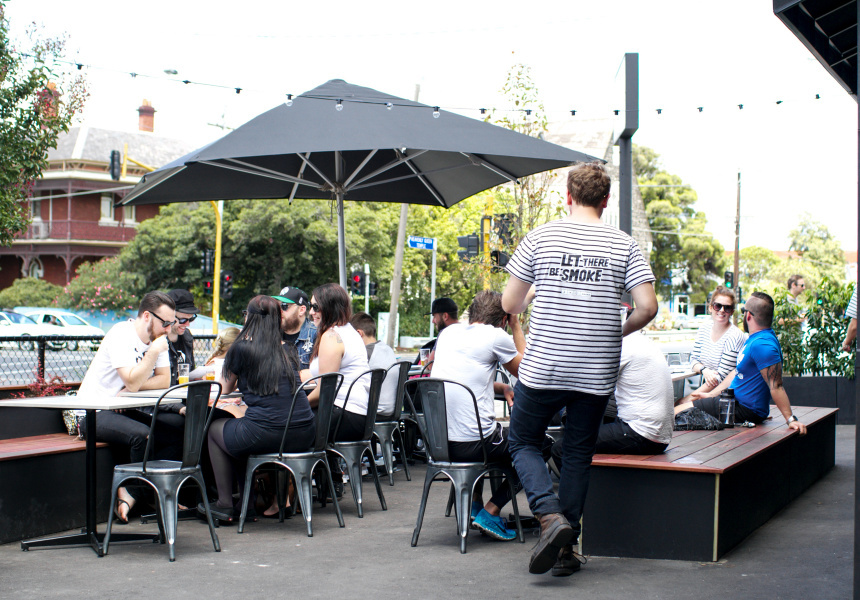 Only two new cases of Covid-19 were reported in Victoria on Friday, bringing the state’s 14-day rolling average to 8.7, the lowest yet since the second wave began. And while it’s now mathematically impossible for cases to reach the five-or-below target originally set to ease restrictions into step three by this Sunday, businesses and councils have already revealed what their plans for a more open Melbourne might look like (whenever that may be).

The City of Melbourne has pledged its support for outdoor dining, and earlier this month revealed the six areas that will be transformed into al fresco precincts. According to the Age, Lord Mayor Sally Capp said this morning that her council has worked through 70 per cent of applications, including proposals to occupy on-street parking spaces and laneways around Chinatown and Flinders Lane. Businesses have also expressed interest in using multi-storey car parks to serve people food in their cars while they watch films.

“Whilst we obviously have to make sure there’s still access and safety and amenity for residents and emergency services, everywhere that it’s possible to go, we’re making sure that we say yes,” says Capp.

In the City of Port Phillip, parking bays are being turned into “business parklets” aimed at increasing footpath trading, giving patrons more safe spaces to dine, and increasing the number of customers a venue can serve. Construction is already underway on some sites, with more than 170 local businesses receiving council assistance to adapt.

In the City of Stonnington – which includes the usually-busy Chapel Street precinct – permits are available for businesses to extend their footpath trading into neighbouring spaces that are unoccupied, or with permission from neighbouring businesses (such as retail) that don’t use their outdoor space.

Startups have also been created to help other businesses change how they trade. Online platform Back to Business Victoria, which helps businesses apply for grants and purchase necessary furniture (such as outdoor seating), is one of them.

“We know business-owners are doing it tough, so we just want to make sure firstly that they’re aware that there’s help, and then it’s about getting as many venues as possible to take advantage of the grant,” co-founder Andrew Galak told Broadsheet’s job platform Scout. “The sooner we all get back to what we were doing pre-Covid, the better.”

But not all business-operators are satisfied with the government’s plans for how the relaxed restrictions will be implemented. Josh Collins of The LuWow told Broadsheet that a number of small bars around Melbourne are being left out of the reopening plans, which focus heavily on al fresco trade.

His venue was open during the six weeks between lockdowns, accommodating 20 people in the 50-plus-capacity bar. Collins says he and other bar operators followed rigorous guidelines during that period, and he’s calling for indoor trade to resume again – possibly with stricter protocols and new infrastructure such as increased ventilation and air filtration.

“During that time we kept to all Covid-safe practices and managed to operate a very safe business. Why is that being disregarded?” he asks.

“Without a return to indoor dining in some capacity, I believe the majority of operators will have to let go of their full-time staff as Jobkeeper winds down,” he said at the time.