A former PM’s relative is behind it. 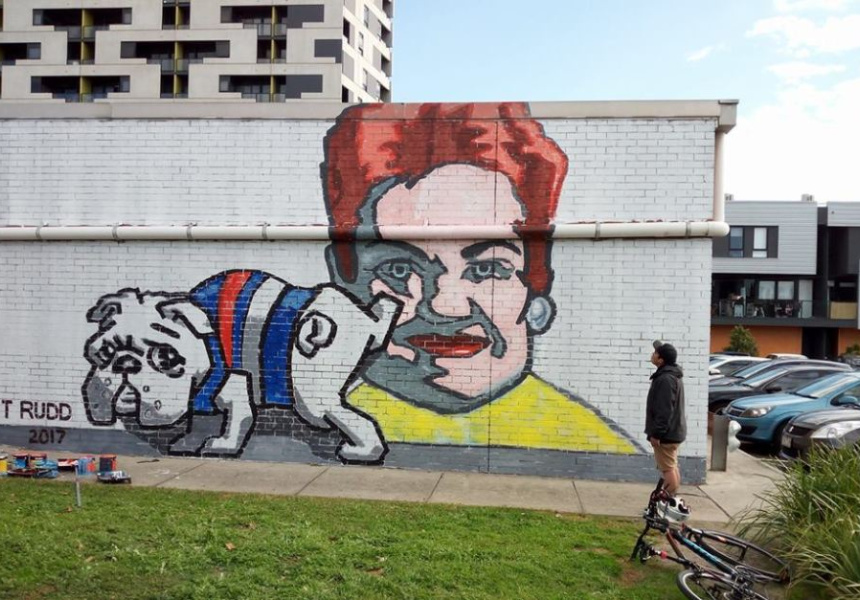 In the past few months we’ve seen a pregnant Beyoncé cover a five-storey high wall in Collingwood, and the famous Australian kangaroo punch cover another. Over the weekend you may have noticed another mural, this time by artist and anti-racism activist Van T Rudd.

The mural depicts the Western Bulldogs’ mascot raising its leg at One Nation leader Pauline Hanson’s face. It appeared in Donald Street in Footscray over the weekend on the wall of a store.

“The strength of the migrant population, the Aboriginal culture that is here, the Western Bulldogs to me represent a lot of that,” Rudd told the ABC. “It’s a part of people’s lives, including people with different backgrounds.”

Despite the mural’s message to Hanson, she is unfazed.

"From what I've been through, for what I've had thrown at me over the year, you think that would offend me? Not at all,” she told ABC. “I consider what I want to do, and what I am doing for the Australian people, more important than worrying about rubbish like that.”

If you were wondering about the surname, Rudd is the nephew of former Prime Minster Kevin Rudd. He didn’t obtain permission from the local council to paint the mural, but store owner and Cambodian refugee Kuan Pung gave his approval.