St. Roch offers a range of services for the time-poor dog owner, and locally made products for their pups. 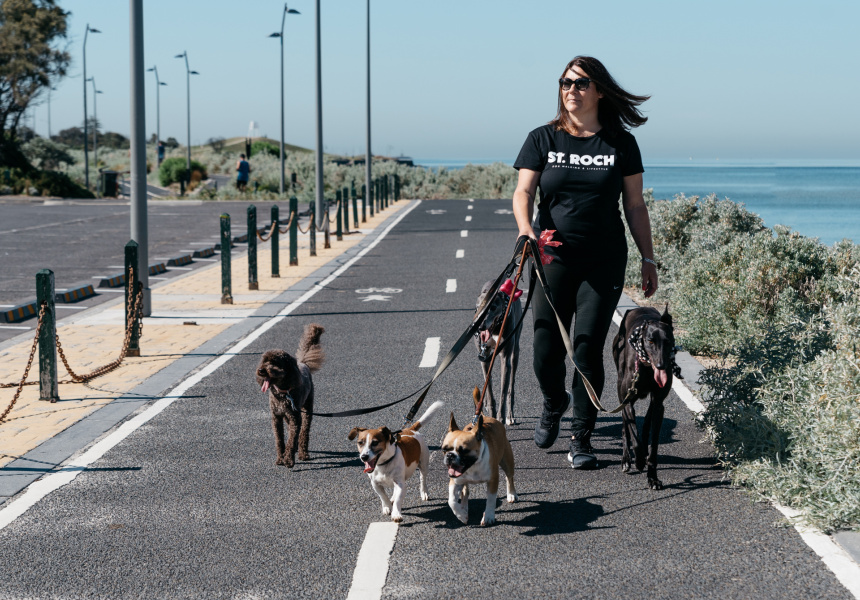 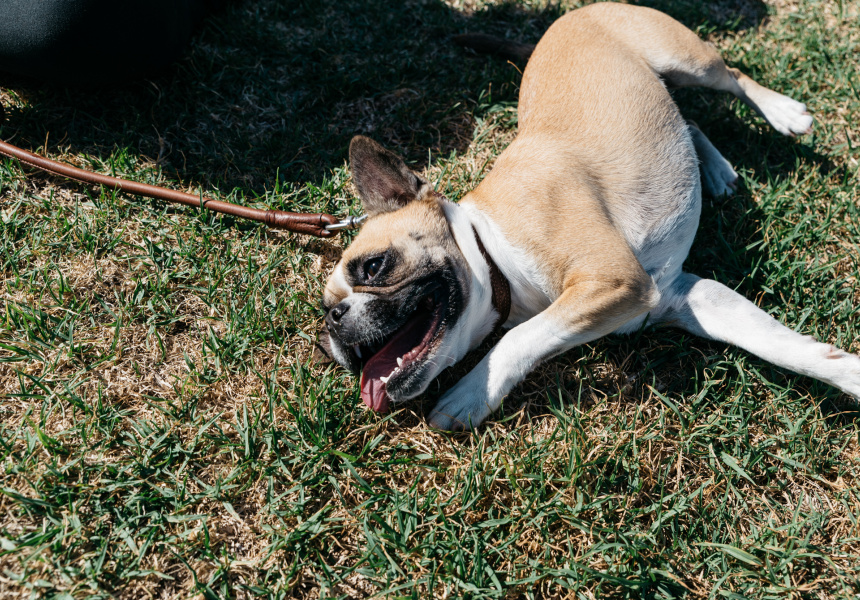 Ever wanted to hang out with dogs all day and get paid for the privilege? Sarah Bateson and Fiona Milne made it happen. Their recently launched project, St. Roch, offers a range of pet-care services to south-side Melburnians. It also sells locally made dog products.

“When you’re working at least 9 to 5 you feel guilty about leaving your dog all day,” says Bateson. “There’s an awful lot of people who’d like their dogs to have some interaction.”

St. Roch – named for the patron saint of dogs – offers walking, transport (useful for weekday trips to the vet), home-visit and sleepover services.

Questionnaires and consultations help Bateson and Milne place dogs into walking groups according to their compatibility with others.

Now married, Milne and Bateson met back in their native England, quickly bonding over a shared passion for – and borderline obsession with – dogs.

“We used to go walking and stop and pat every dog because we didn’t have our own – we probably looked a bit weird,” says Milne.

Eventually they agreed to get one of their own; they adopted a greyhound rescue called Sophia.

The pair moved to Melbourne in 2014, began volunteering for greyhound charity Gumtree Greys and adopted their second greyhound, Winnie, not long after.

Gumtree Greys exposed the pair to a network of local makers in Melbourne who are all dog fanatics. The St. Roch online store sells products by some of those creatives and pet things approved by Bateson and Milne’s two-greyhound focus group. Online you’ll find Melbourne-made bandanas with playful prints; handmade coarse-leather chew-toys; and Australian-made treats.

St. Roch is based in St Kilda and offers its services throughout the Bay (Port Melbourne, Albert Park, Middle Park, Elwood, Elsternwick and Brighton), but if you’re suburb isn’t covered, give them a call anyway – they’ll see what they can do.