More than 2.5 hectares of green public space is part of the plan. 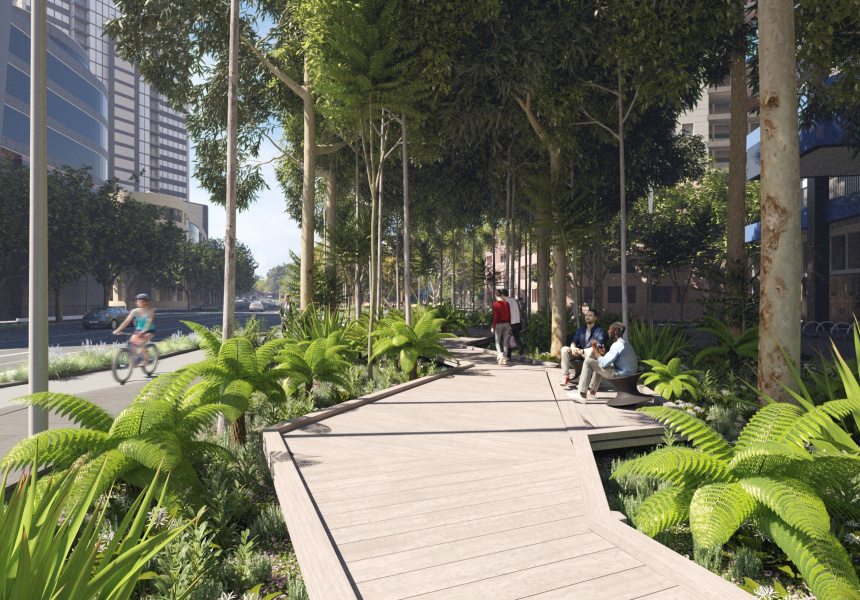 The City of Melbourne has unveiled artistic impressions of its $35 million plan to dramatically transform Southbank, Melbourne’s most densely populated suburb.

Southbank Boulevard and Dodds Street will be converted into a biodiverse, green neighbourhood space for both residents and office workers. It aims to cater to everything from markets to music festivals.

The draft concept plan was shaped with community and stakeholder involvement. It includes 10 key actions and three stages of construction. The plan is to have it completed by 2020. The new plans have been timed to coincide with Melbourne hosting the 2017 Ecocity World Summit, a global discussion of urban solutions. This year’s focus is Changing Cities: Resilience and Transformations.

Developments include more than one kilometre of new bicycle lanes; upgraded tram and bus stops with the potential for “green” tram tracks; installing water-sensitive urban design and flood mitigation; and seasonal plants.

Alongside these developments is the construction of a neighbourhood space for Southbank residents, a welcome development in light of the council’s recent approval of plans to erect the city’s tallest building in the suburb.

Cathy Oke, chair of the City of Melbourne’s Environment Portfolio, says the program is part of a wider urban design plan spanning 30 years that has seen more than 80 hectares of Melbourne’s under-used infrastructure transformed into new public spaces.

Southbank Boulevard will be reconfigured in preparation for the prevention of any traffic delays caused by the construction. The council reassures commuters the area will continue to accommodate current traffic volumes.

With the residential population of Southbank expected to rise by 175 per cent in the next 15 years, this green development is a step in the right direction.