Car Ploughs into Pedestrians at Corner of Flinders and Elizabeth Streets

The extent of the casualties are unclear at this stage. 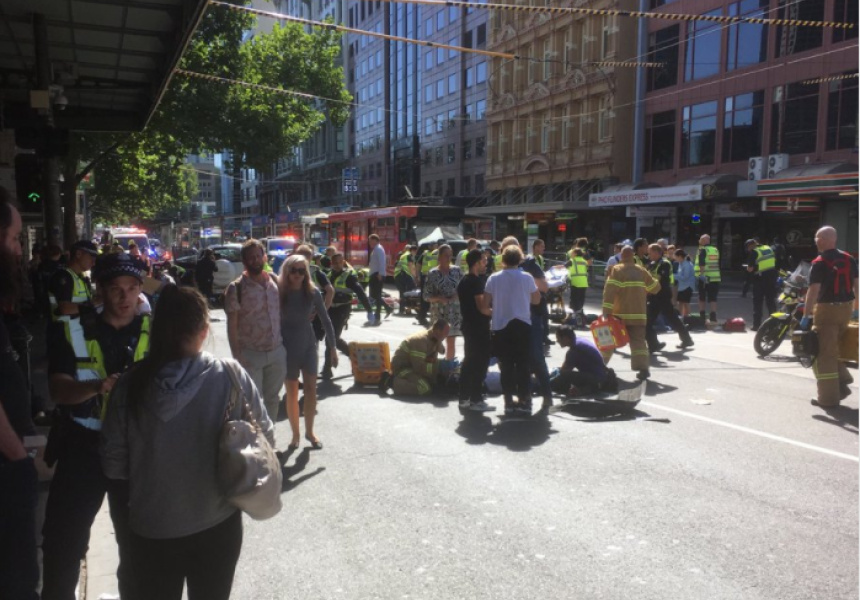 Several people have been injured following a serious incident outside Flinders Street Station on Thursday afternoon.

3AW reports a four-wheel drive hit pedestrians as it drove through the intersection at Flinders Street and Elizabeth Street. Heavily armed police have surrounded the area and the driver has been arrested.

Police are advising pedestrians and vehicles to avoid the area. Metro Trains is advising passengers "to defer travel through Flinders Street Station" and to "interchange for services at Southern Cross and City Loop Stations."

Any witnesses are advised to report to the Melbourne West Police Station at 313 Spencer Street. Victoria Police has also asked members of the public who have video or images that might assist police with their investigation to upload them here.