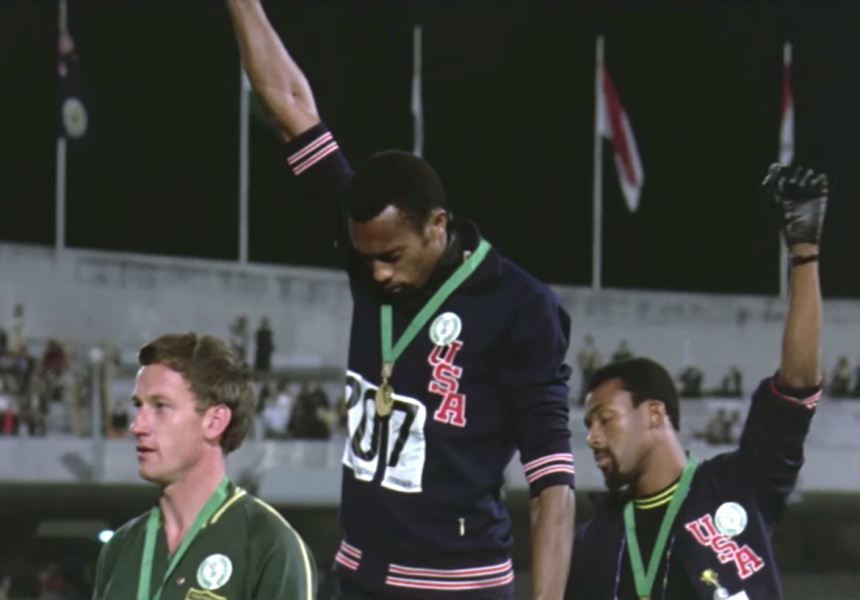 Sometimes, important moments in history are disregarded. When Australian sprinter Peter Norman stood in support of his fellow athletes protesting the treatment of African-Americans at the 1968 Mexico Olympics, he was shunned by his home country and had his athletic career crushed. Now, 50 years later, Norman is being posthumously honoured with a new statue funded by Athletics Australia and the Victorian State Government.

“Peter Norman stood up when others stood by – he deserves this honour and to be immortalised so his name and legacy live on forever,” Minister for Sport John Eren said in a statement.

At the 1968 games, Norman won a silver medal in the 200-metre sprint with a blistering time of 20.06 seconds. It remains an Australian record, but it was what Norman did on the winner’s dais following the race that sealed his place in history.

Norman’s fellow runners, American gold and bronze medal winners Tommie Smith and John Carlos, had taken their place on the podium wearing black socks with no shoes to symbolise African-American poverty. After receiving their medals – and as The Star-Spangled Banner played – the African-American athletes each raised a black-gloved fist into the air in a gesture of solidarity with the black freedom movement in their home country.

After seeing his fellow athletes wearing the badge of the Olympic Project for Human Rights (an organisation speaking out against racism in sports and racial segregation), Norman asked to borrow the same badge worn by US rower Paul Hoffman, which Norman then wore on the winner’s podium. It was also Norman’s suggestion the runners wear one black glove each after Carlos left his pair at the Olympic Village.

On his return to Australia, Norman was vilified. He was unofficially sanctioned and excluded from the 1972 Olympic team despite posting an adequate time.

Norman died of a heart attack in 2006 at age 64. Smith and Carlos were pallbearers at his funeral, and the date it was held – October 9 – was declared Peter Norman Day by the US Track and Field Federation.

It may have taken five decades, but Norman is finally being formally recognised for his show of solidarity with his fellow athletes. In June, the Australian Olympic Committee awarded Norman an Order of Merit, and tentative plans are to unveil the new statue this time next year at Lakeside Stadium in Albert Park, to coincide with Peter Norman Day.