Alcohol Could Be Banned on St Kilda Foreshore

After a thousands-strong party, a summer ban is being considered. 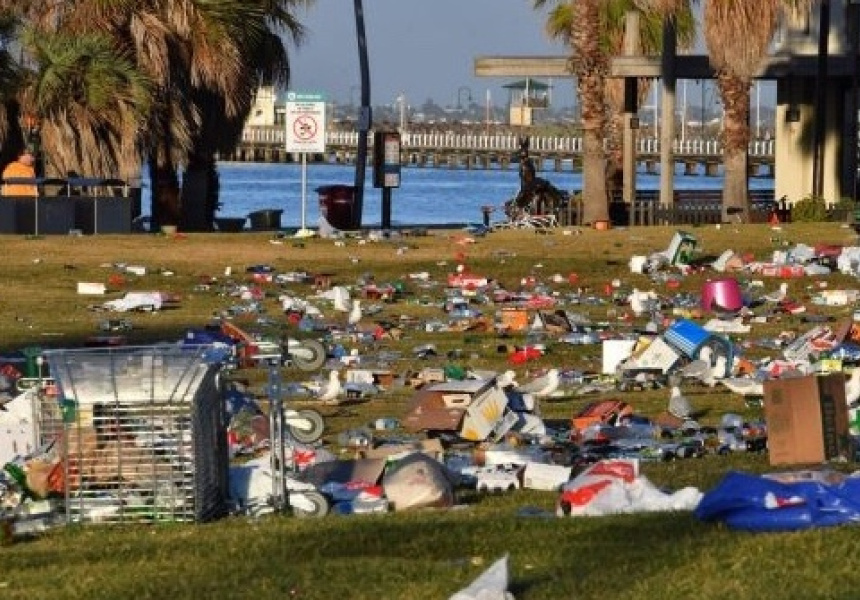 A Christmas Day party with around 5000 people at South Beach Reserve in St Kilda has led Port Phillip council to consider banning alcohol on the foreshore for the summer months. The council is also considering a ban on Christmas Day 2018.

The group left behind piles of rubbish including beer boxes, shopping trolleys, food wrappers and glass. Port Phillip Council has estimated the clean up bill to be at least $18000. Workers spent more than four hours on the clean up, and roads were closed to cope with intoxicated people spilling off the foreshore.

Port Phillip Council said the majority of revellers appeared to be “international tourists and backpackers.”

A 27-year-old man was hit by a tram and a 27-year-old woman was taken to hospital from intoxication. Others were injured from stepping on broken glass.

Other incidents on the night include a reported minor assault and two people arrested for drunkenness in a public place.

“This is not something we want to do as it affects residents who want to be able to enjoy their beautiful beach. However we feel we must carefully consider all options in view of the safety concerns and costs caused by this incident,” Port Phillip Council said in a statement.

“While we warmly welcome visitors, we urge everyone to not trash themselves or our beaches so these popular public spaces can be a safe and accessible place for our community.”

A year-round nightly alcohol ban currently exists on St Kilda foreshore from 8pm. Also currently in place over the festive season is a 24-hour alcohol ban on Port Phillip Streets, including the foreshore, from Boxing Day to January 4 2018.