The decision follows a thousands-strong party on Christmas Day. 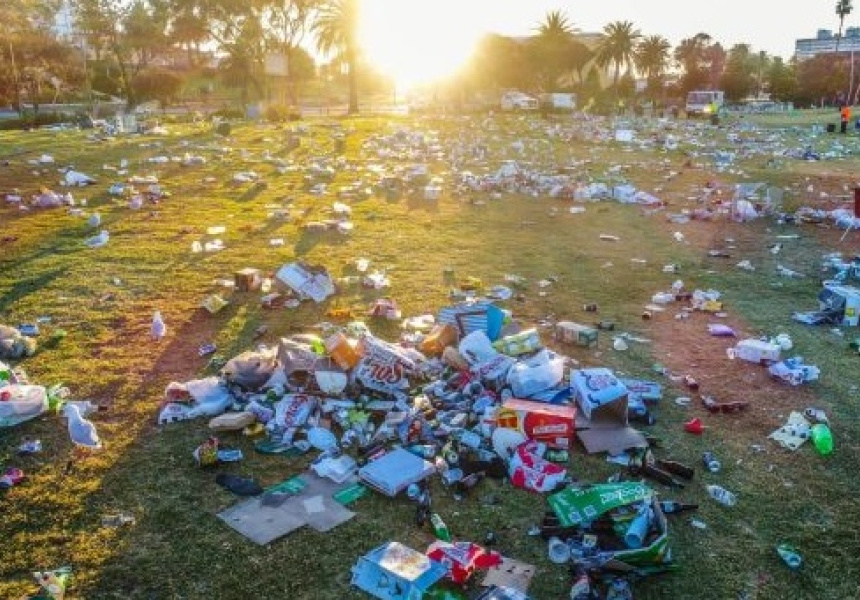 Port Phillip Council has voted to extend a 24-hour alcohol ban on the St Kilda foreshore following the trashing of South Beach Reserve on Christmas Day.

The ban, stretching from Marina Reserve to West Beach, was due to expire on January 5 but will now be extended until February 15. The extension is a trial for a permanent ban.

Mayor Bernadene Voss and councillors will decide on February 7 whether or not to extend the ban until the end of summer.

“We will be looking at factors such as volumes of broken glass and feedback from groups including residents, visitors, traders and police to help us decide whether an alcohol ban is useful in helping us tackle the challenge of managing such a popular destination which attracts all age groups,” Voss said in a statement.

A 24-hour alcohol ban on Port Phillip streets will also be enforced on Australia Day and January 27. The second date is a response to Triple J changing the date of the hottest 100.

More than 5000 people attended the Christmas Day party. Port Phillip Council said the majority of revellers appeared to be “international tourists and backpackers.”

Twenty-nine tonnes of rubbish were left on the beach after the party. The clean up bill was about $23,000.