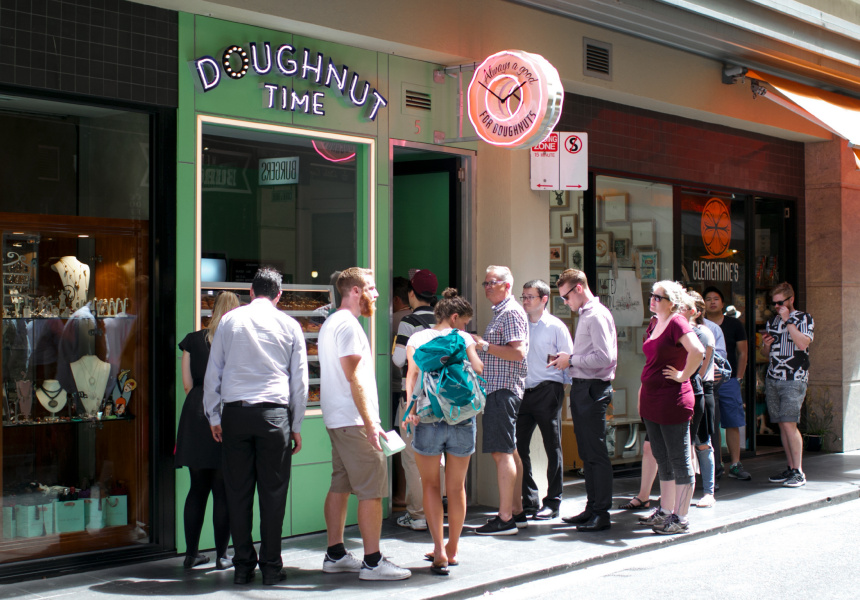 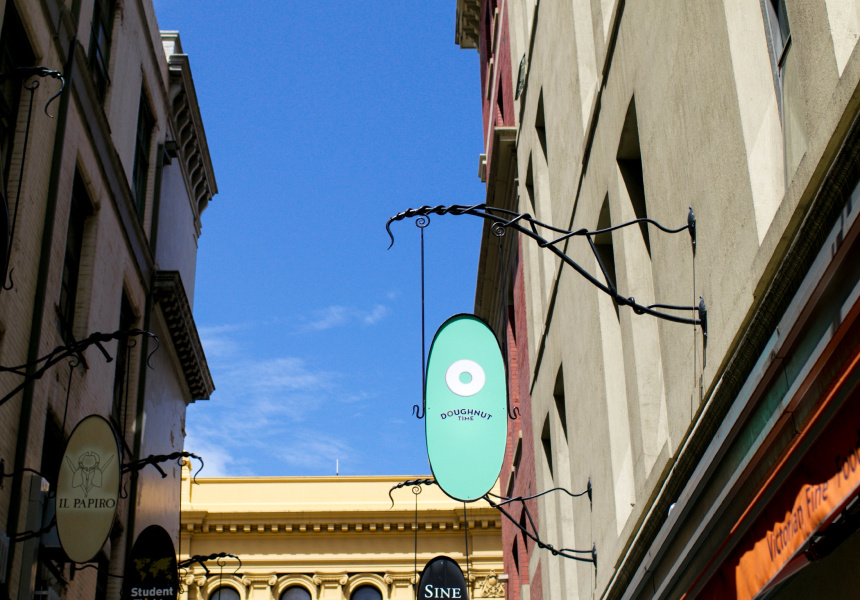 Since opening its first store in a disused stairwell in 2015, Brisbane-based Doughnut Time has become a juggernaut. It now has close to 20 stores scattered along the east coast.

Melbourne got its first outlet in 2016, on Degraves Street. It follows the format established in other locations – a tiny kiosk branded in pastel green and crowned by a giant neon clock. If you somehow manage to miss these garish features, just look for the inevitable crowd.

It’s drawn to the glass display of colourfully glazed, hand-dipped doughnuts, which are rarely simple or classic. Doughnut Time is more about testing the boundaries of good taste. See: The Elvis, a fat ball of dough filled with raspberry jam, glazed with banana and peanut, then sprinkled with pancetta.

Other creations include Love at First Bite, Nutella-filled and cinnamon dusted; Ferrero No Share, a dark chocolate glaze with roasted hazelnuts and a Ferrero Rocher in the middle; and Veruca Salt (salted caramel and cinnamon).

The chain takes much of its inspiration from Instagram, where fans feed it fresh ideas. It also shakes things up with milkshakes topped with fairy floss, miniature doughnuts and other novel items.