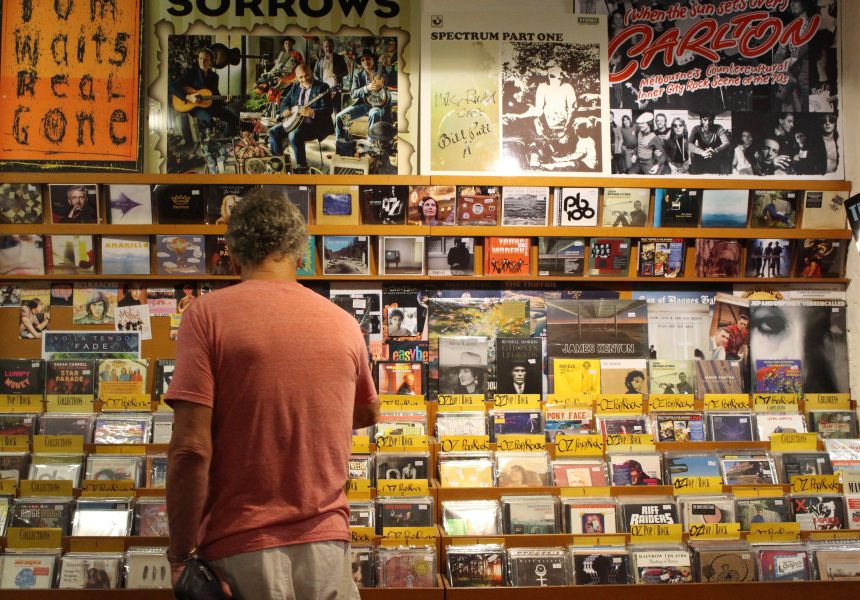 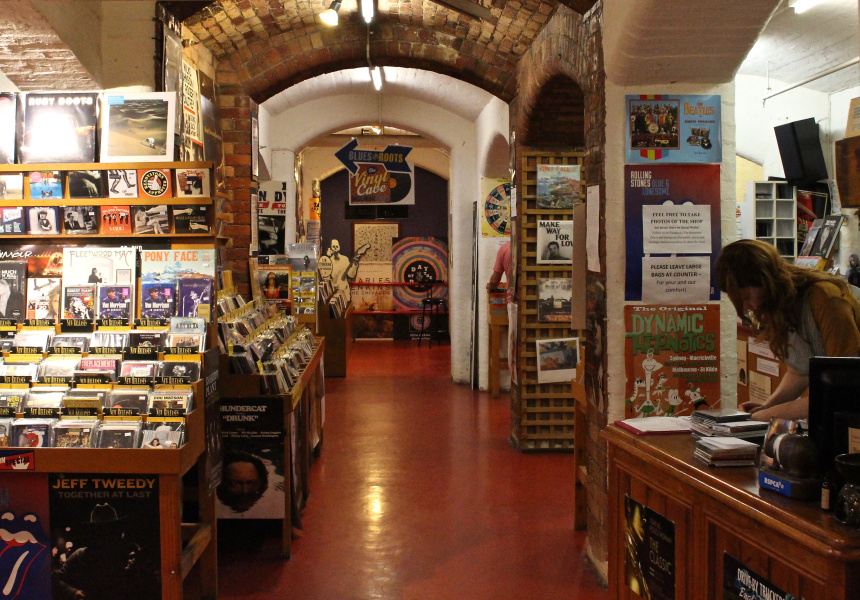 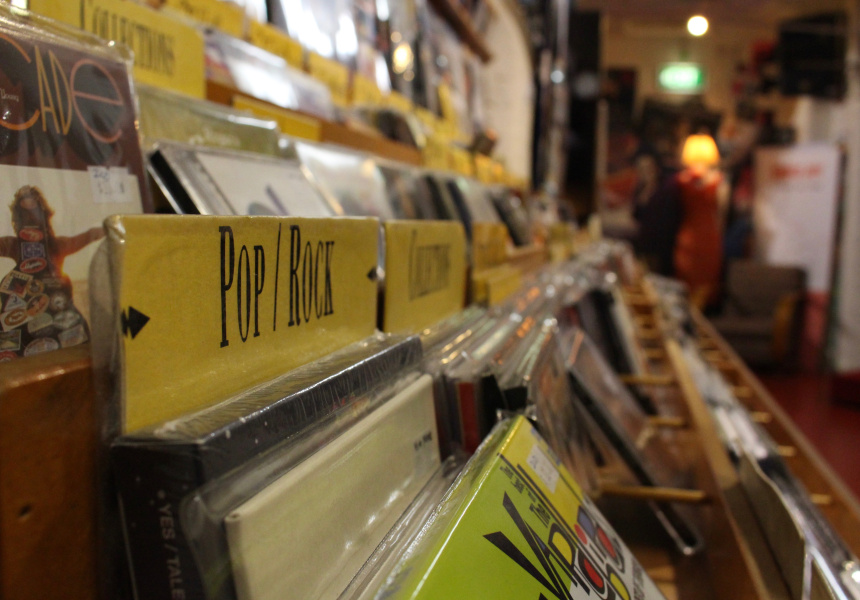 It was an obvious move for Suzanne Bennett and Rodney Jacobs to start their own business when they were told the record store they worked at, Discurio, was closing. They found an abandoned basement in the CBD and, with an army of friends, built furnishings and a stage for live performances. They hoped the result would be something Melburnians would embrace.

That was in 1994. Today, Basement Discs is still going strong – something the owners attribute to their loyal customers.

Downstairs from street level you’re greeted by a sprawling mural of classic album covers. It’s by artist Emma Cohen and dates back to when the store first opened.

Basement Discs stocks vinyl (predominantly new) from most genres, as well as second-hand CDs, DVDs and music-related books. Shipments of new stock arrive regularly from local suppliers as well as from the US and Europe. If Basement doesn’t have what you’re after it will get it in. There’s also a vintage clothing and jewellery section, which opened in 2018.

Lunchtime gigs run most weeks. Past performers include older internationals such as Billy Bragg and Fairport Convention guitarist Richard Thompson, and younger locals such as Jen Cloher and Saskwatch.