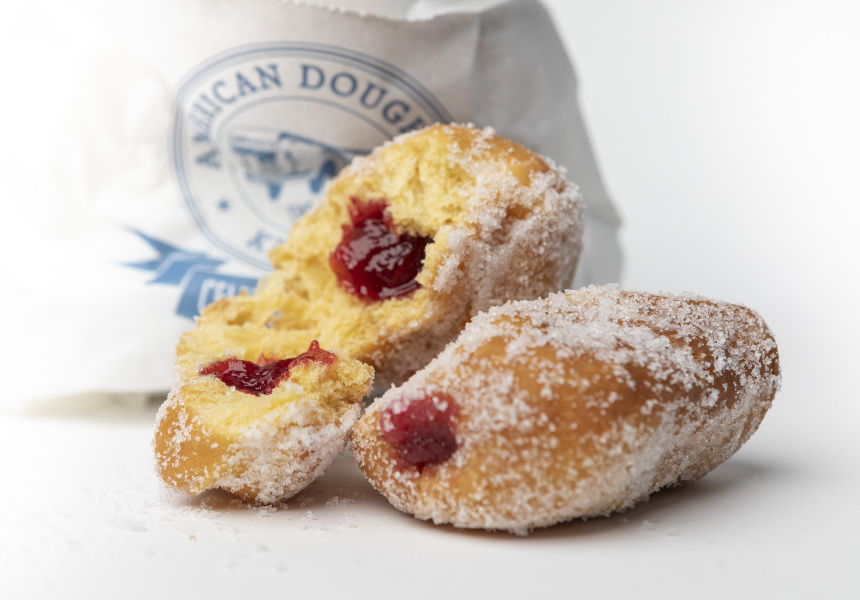 Owners Arnold Bridges and Dave and Lucy Christie drove the portable kitchen to the 1956 Melbourne Olympics, where it was well received by a large crowd. The van used to be a regular sight at the Zoo, the Royal Exhibition Building and the MCG, too.

That’s history, though. Nowadays you need to find the vintage bus at the Queen Victoria Market to get your fix. Every week it sells thousands of steaming hot-jam doughnuts, using the same recipe it always has.

The yeasted dough is prepared off-site before being proved, rolled, cut and fried on site. Our tip? Find the point where the raspberry jam was injected and attack that first. Otherwise, you risk losing the gooey centre with a messy squirt.