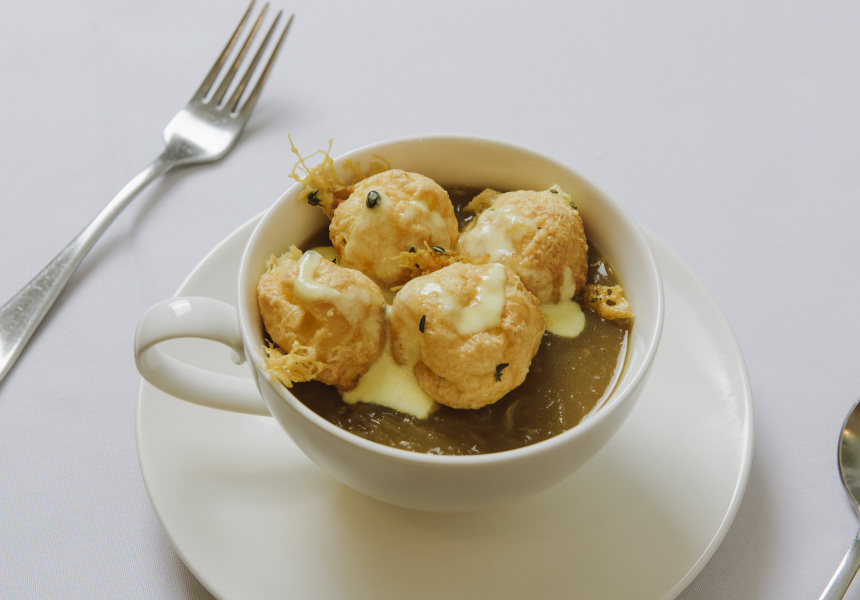 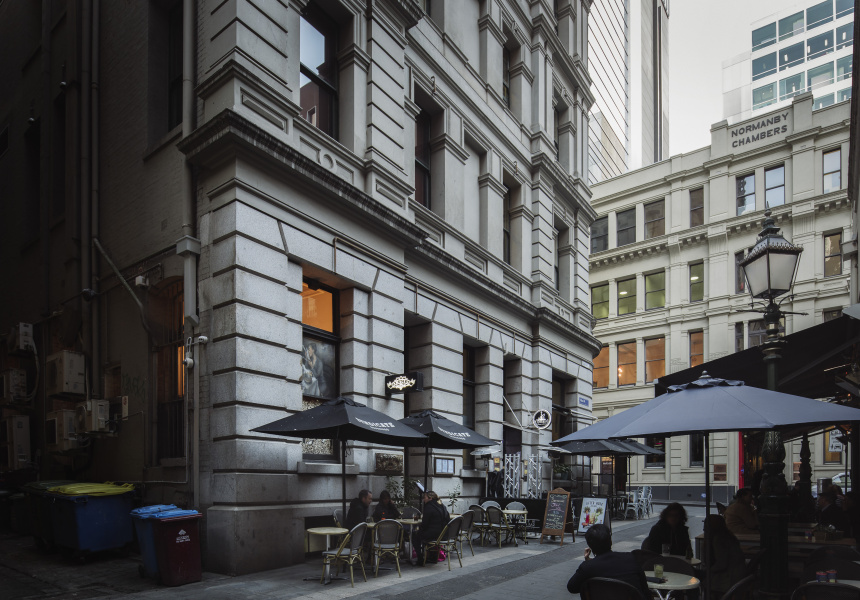 Syracuse doesn’t feel like other Melbourne restaurants. When you step into the converted 19th-century hotel lobby off Little Collins Street, the atmosphere is closer to that of a ritzy foyer than a place to eat dinner. It’s been this way since 1996 and still seems like one of Melbourne’s best-kept dining secrets.

The few French-bistro-style tables out the front don’t beckon strongly, but once you step inside, you’re swallowed up and spellbound. Despite the soaring, dramatic ceilings, the space feels small, intimate and glamorous. The velvet curtains that hang over the doorway are thick; the glassware sparkles; the lights on the chandeliers are dim, warm.

Nancy and Richard Moussi bought the restaurant in 2011. They painted the walls white, and replaced the art with mattress-sized mirrors, but that’s all that’s really changed over the years. The wine list remains a veritable encyclopaedia of old-world regions and styles.

The menu features updated classics inspired by Spain, Greece, Italy and France. Syracuse is a port town in Sicily, so it's fitting. An autumn menu might include saffron-scented potato and leek soup with smoked mussels and a fennel doughnut. Or Murray cod and duck confit with lentils, roots and red wine burrata.