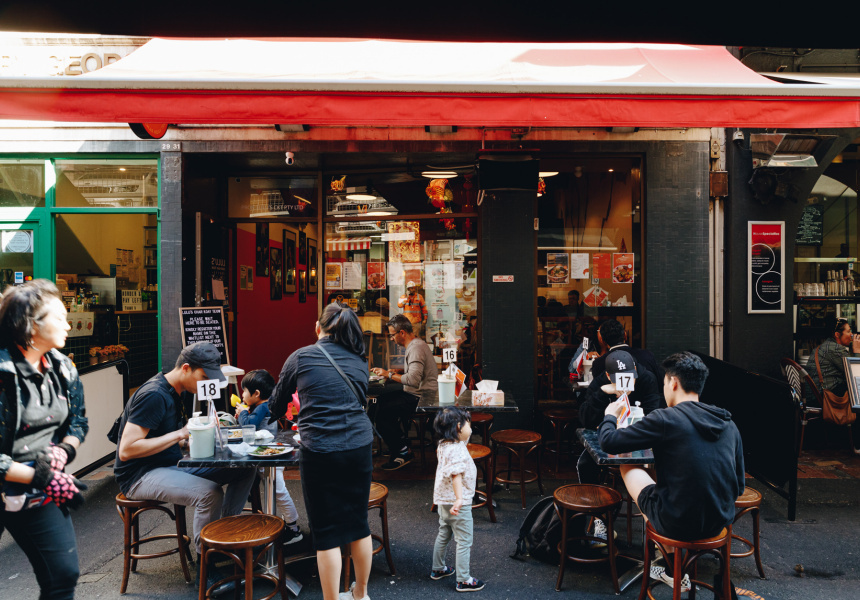 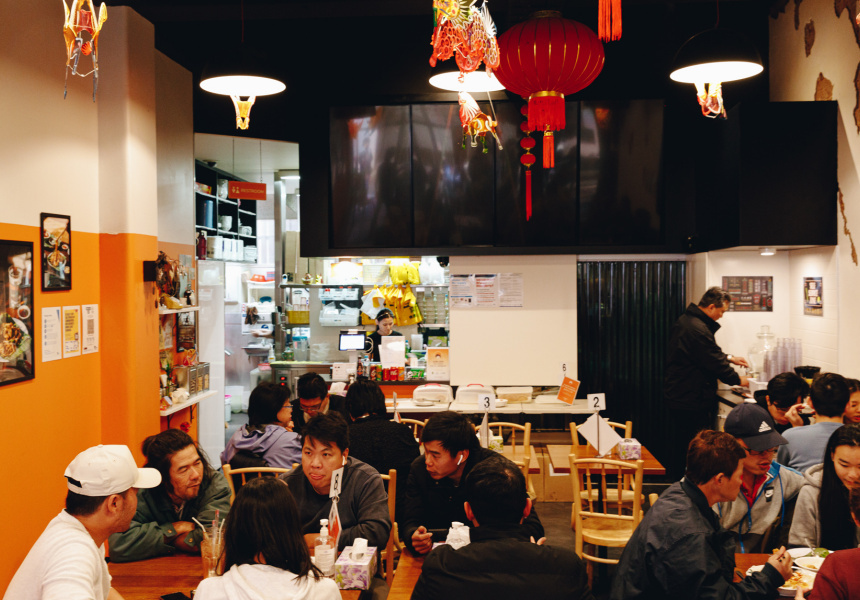 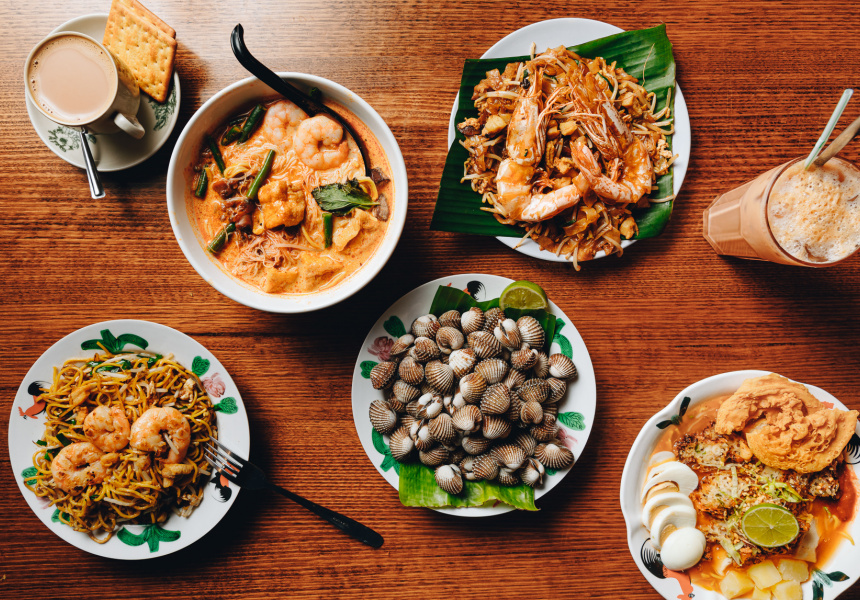 The orange walls of Lulu’s Char Koay Teow are lined with portraits of a woman cooking its signature dish in a smoking hot wok. That woman is Lulu Ong, the mother-in-law of Lulu’s owner Chee Wong. He has brought her signature Char Koay Teow, a staple in hawker centres around Malaysia, to Hardware Lane in the heart of the city.

It’s served here seven ways: original, just with prawns; with duck egg; with jumbo prawns; with blood cockles (also known as blood clams); with squid; with razor clams; and vegetarian. Each plate includes noodles made exclusively for Lulu’s, alongside Chinese sausage, egg, bean sprouts, chives and chilli – all tossed and cooked together in pork lard.

Wong’s sauce is the same one that his mother-in-law used at her stall. She visited Melbourne in 2017 and brought her special mix over, and that’s when Wong came up with the idea of selling it and variations on it himself. He started cooking it at home and selling packs online; eventually he opened a stall at Hwkr food hall, staying on for three months before it closed in 2019. Now, he’s opened a coffee shop-like restaurant like in Penang, where you can simply walk in and sit at a table without a booking.

To drink, there’s teh Tarik, a Malaysian drink of strongly brewed tea and condensed milk, as well as coffee and hot Chinese tea. As well as Ong’s portraits, vintage posters, postcards and ornaments line the walls, alongside an old fan, clocks and decorations, and Chinese lanterns hang from the ceiling.