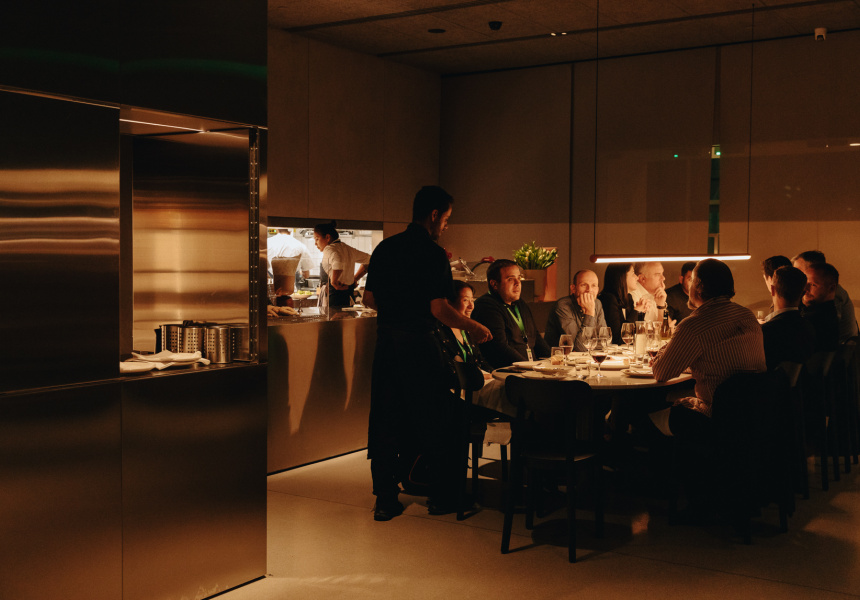 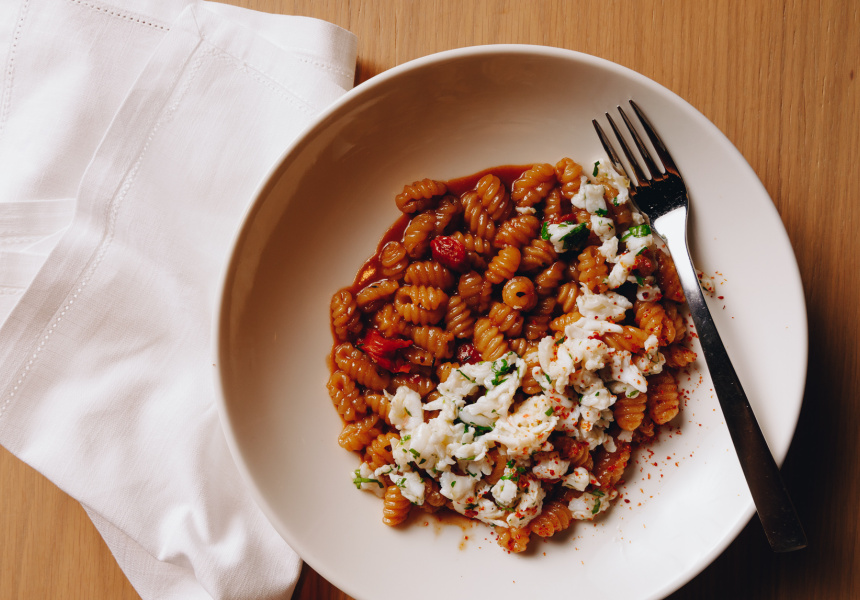 Hero is the culinary epicentre of the reopened Australian Centre for the Moving Image(ACMI) in Federation Square.

It’s by celebrity chef Karen Martini. The kitchen is helmed by executive chef Diego Rosales (former head pastry chef at Sydney’s The Grounds of Alexandria). Sharing the space with Rosales is one of Australia’s most highly regarded pastry chefs, Philippa Sibley.

Together, the dream team turns out dishes that lean European, with a dash of Melbourne. One of the menu’s standouts is a white-bread sandwich with crumbed fish, iceberg and tartare – which Martini developed during Melbourne’s Covid-19 lockdowns.

Her potato focaccia is another winner. It’s studded with lacto-fermented blueberries and goat’s curd. The sesame-crusted Greek bagel, served with house-made taramasalata, also lands on most tables.

They’re the perfect accompaniment for salads that take advantage of whatever produce is in season (think shaved zucchini with mint, olive, bottarga and ricotta) and mains such as cavatelli with crab and chilli, and classic steak-frites.

Sibley handles dessert. We recommend ordering the custard and dark-chocolate tarts if they’re on the menu. To complement the ACMI, there’s also a range of jazzed-up choc-tops that change regularly.

As well as the restaurant’s a la carte offering, there’s a whole grab-and-go menu of fancy sandwiches and toasties, salads and breakfast options.

The group worked closely with architect Chris Connell (Agostino, Bar Carolina) to create a casual, monochromatic, peaceful space that sits in pleasing stark contrast to ACMI’s bustle. Hero can seat 150 people inside, and can open up to an additional 100-seat outdoor area.