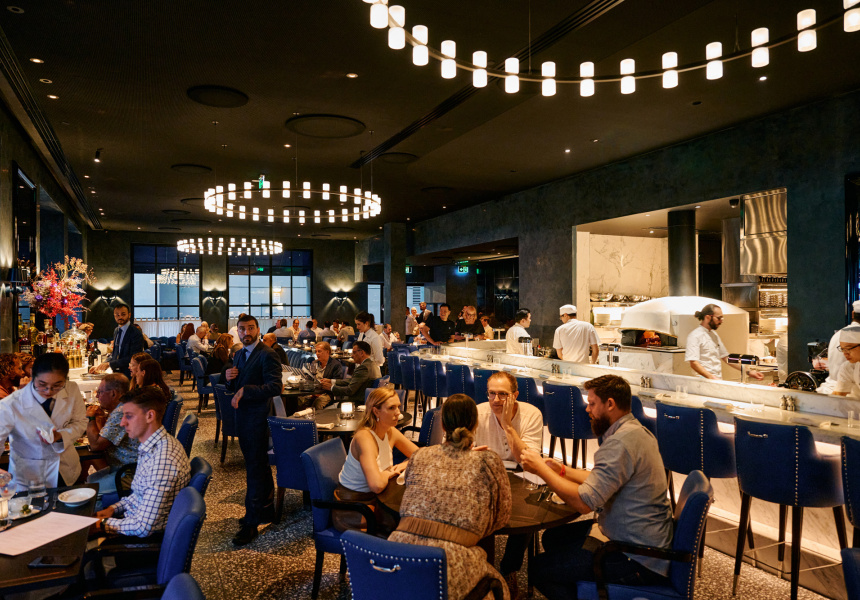 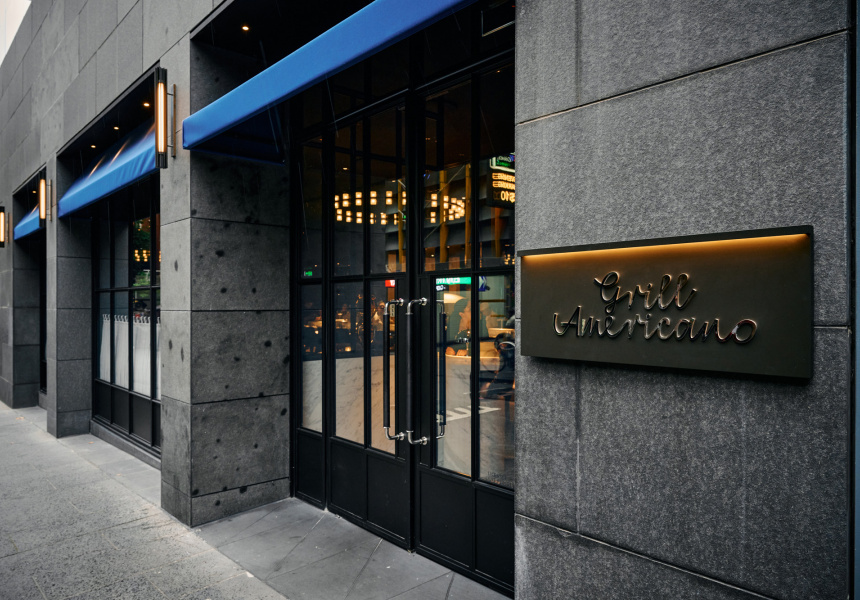 With Grill Americano, restaurateur Chris Lucas wasn’t looking to create another Italian restaurant. Melbourne had plenty of those already.

Instead, his Italian steakhouse is a reimagining of the grills and brasseries prevalent in Melbourne throughout the ’60s and into the early ’80s; iconic venues like restaurateur Bill Marchetti’s now-closed Tuscan Grill and Latin, and the enduring Grill at Guy Grossi’s Florentino.

But, for the man also behind Chin Chin, Baby Pizza, Kong and Hawker Hall, it wasn’t just about reviving a genre rarely seen in Melbourne. It was about playing a meaningful part in the revival of the city itself after two years’ dormancy.

Waiters are buttoned up in crisp white jackets (“GA”, for Grill Americano, is sewn into the breast pocket), and their tableside theatrics add to the lavishness. Hunks of Parmigiano-Reggiano are drizzled with honey from Italy’s Piedmont region. A glug of olive oil is added to a serve of bottarga taglioni. And tiramisu is scooped straight from an oval-shaped glass dish onto your plate.

The menu’s centrepiece, though, is the grill section and its bistecca alla Fiorentina. A star of Tuscan cuisine, here it comes in the form of a 1.2-kilogram T-bone cooked over charcoal and doused in sea salt and rosemary.

While meat is undeniably the star, the sides are no less impressive. You might order potato focaccia to be slathered with green-olive-spiked butter, or mac’n’cheese with baked-in prosciutto. Sophisticated chicchetti (small savoury snacks) and silky handmade pastas round out the A3 menu.

For dessert, the aforementioned tiramisu is hidden within a wafer-thin layer of chocolate that cracks upon serving. The vanilla-meringue cake – stacked with sponge and vanilla custard, and encased by spikey, flamed meringue – channels the one served at Venice’s legendary Harry’s Bar, a hangout where Ernest Hemingway had his own table, and the Bellini was born.

Cocktails are quintessentially Italian, with a house variation on each. The namesake Americano, for example, uses cacao-nib vermouth, mandarin soda and Campari, and comes alongside a chocolate-dipped mandarin segment. Meanwhile, the wine cellar holds an impressive 2000 bottles.

The grandeur of the space recalls the kind of New York energy that has long inspired Lucas, but with the elegance of a Venetian bar. Gleaming silver table lamps, with concertina shades, radiate moody light throughout the room. A curvaceous slab of marble has been transformed into a bar, and royal blue is everywhere – the sconces, the studded leather chairs with slick polished arms, and plush banquettes beckoning to be slinked into.