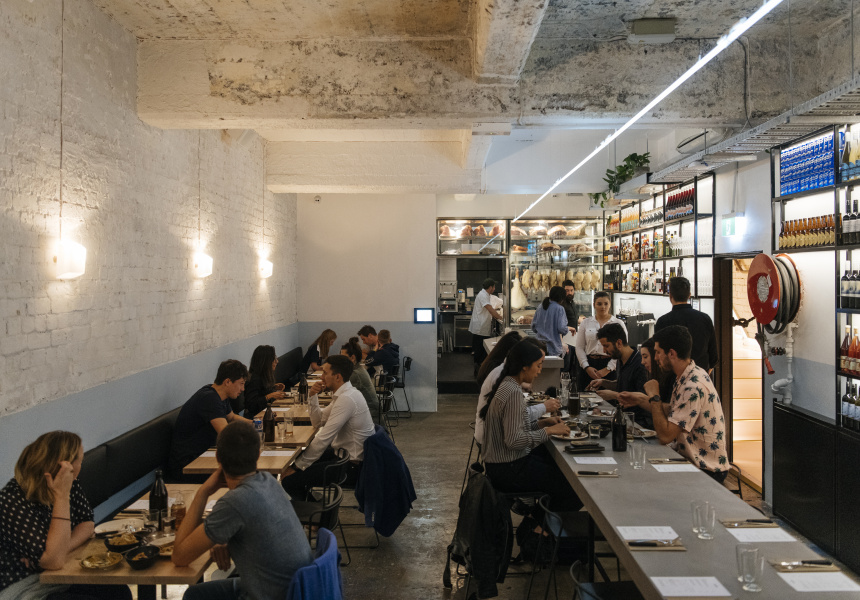 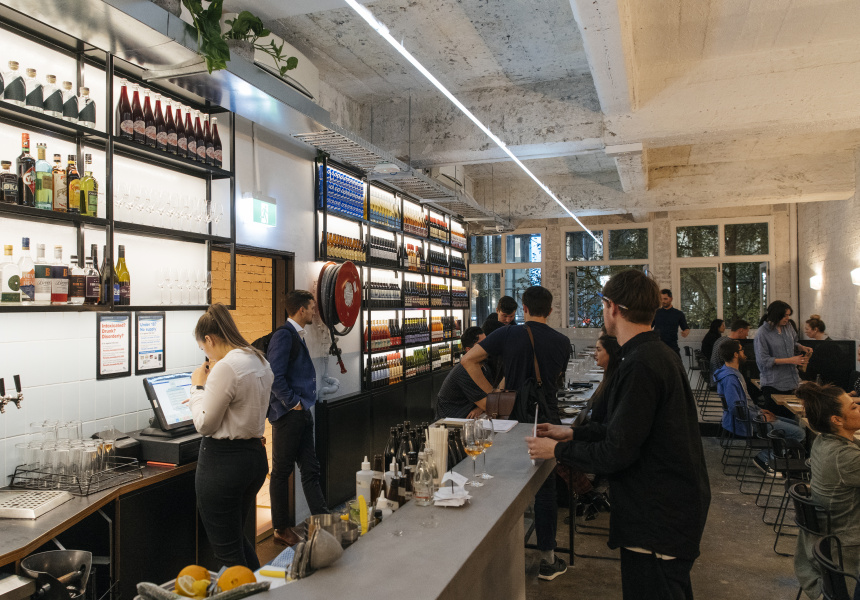 Cheek was replaced by Dom’s in January 2021.

Cheek is the third business from Adam Goldblatt and brothers Tom and Sam Peasnell, after Dexter, an unconventional “meatery” in Preston, and late-night bar Takeaway Pizza across the road.

Nominally it’s another barbeque restaurant, but the menu is a radical departure from Dexter’s little enamel trays of American-style barbequed meats. Or any menu in this space, for that matter.

You might start with moreish prawn crackers dusted with barbeque seasoning; a bowl of nugget-y fried cauliflower slathered in miso ranch; or Cheek’s take on empanadas, with mapo tofu and pork cheek.

Later it’s onto the meat. Pork chops and boneless loins are left to hang and develop a “funky, cheesy” flavour in an illuminated dry-ageing cabinet that acts as a wall between the kitchen and the 60-seat restaurant, before being cooked to order in a Josper charcoal oven (rather than smoked for hours and hours before service). That dry-ageing cabinet also holds rib-eye steaks from one of Australia’s best beef producers, O’Connor. And ducks, which the kitchen ages for a week and serves by the half with smoked hoisin sauce.

Yeah, you’re not in Kansas – or Preston – anymore. That much might be apparent before the menus appear, though. A single fluorescent shoots the full length of the ceiling like a laser, throwing light on raw concrete walls for a kind of futuristic brutalist beauty. Running alongside it, a wall of illuminated wine bottles acts like vivid wallpaper. Andrew Barry (ex-Gingerboy) is largely responsible for the list, which is quirky without being overly challenging. Expect young, bright bottles from Jamsheed, Manon, Patrick Sullivan, Good Intentions, Travis Tausend and Sigurd.