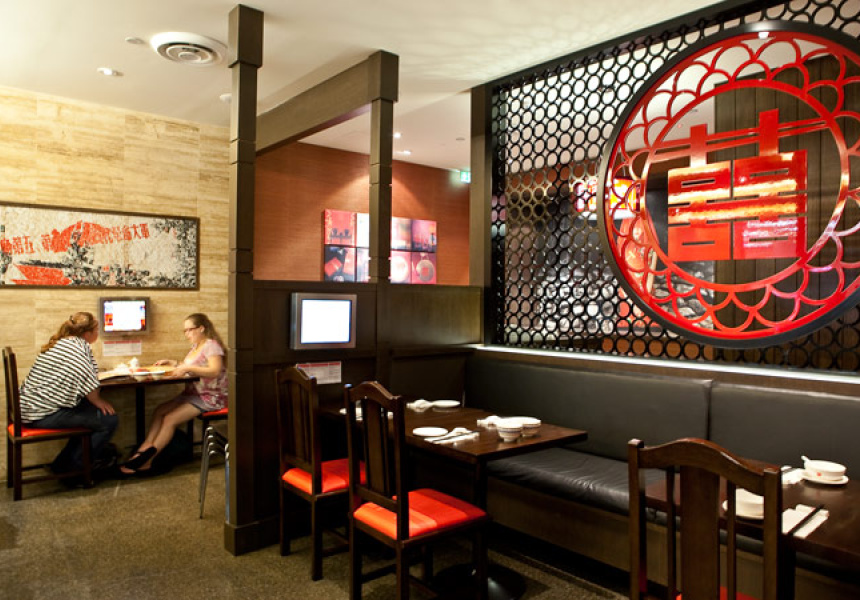 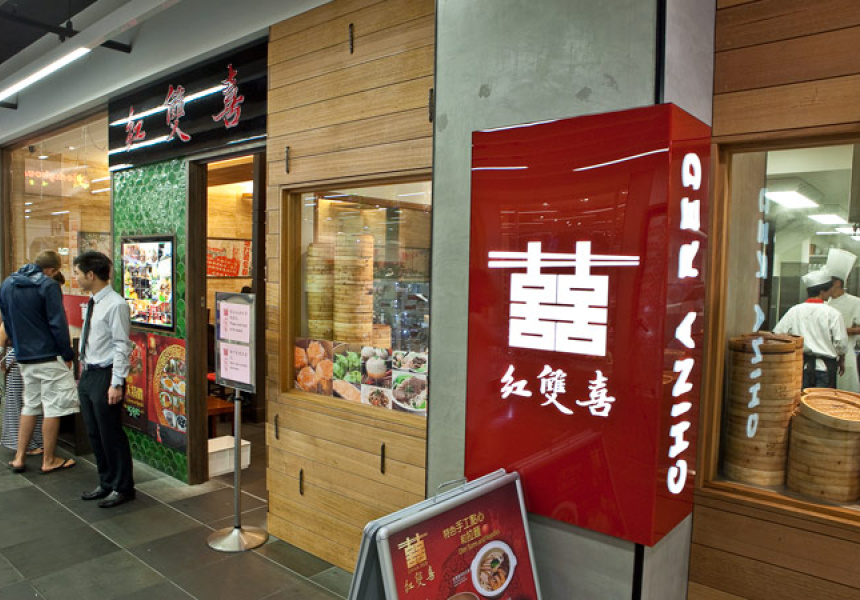 With the double happiness symbol as its logo, you can’t help but wonder what all the smiling people are queuing up at China Red for. But heading the line it all becomes clear: a glass corner window with brightly lit views of the dumpling makers and noodle throwers deftly spinning and twisting pudgy balls of dough. Tucked halfway down its CBD arcade strip, it’s part of the growing Hu-Tong dumpling empire.

Once inside happiness number two is revealed: touch-screen ordering. That’s right, interactive-media whisks your wishes to the kitchen, with colourful images and suggestions rotating through the screen at each table. The first of its kind in Melbourne, it certainly adds another dimension to the dining experience.

At ground level it’s well lit, with plenty of dark-wood tables and ornate latticework. But down a flight of stairs there’s a larger, second dining room. Here it’s dimly lit and a jovial ruckus comes from the kitchen. There might be dumplings on show upstairs, but you would swear there was a dragon down here.

They’ve got a reputation for Shanghai xiao long bao, and be warned – a steamer basket of eight will simply not be enough, so order two for your own double happiness.