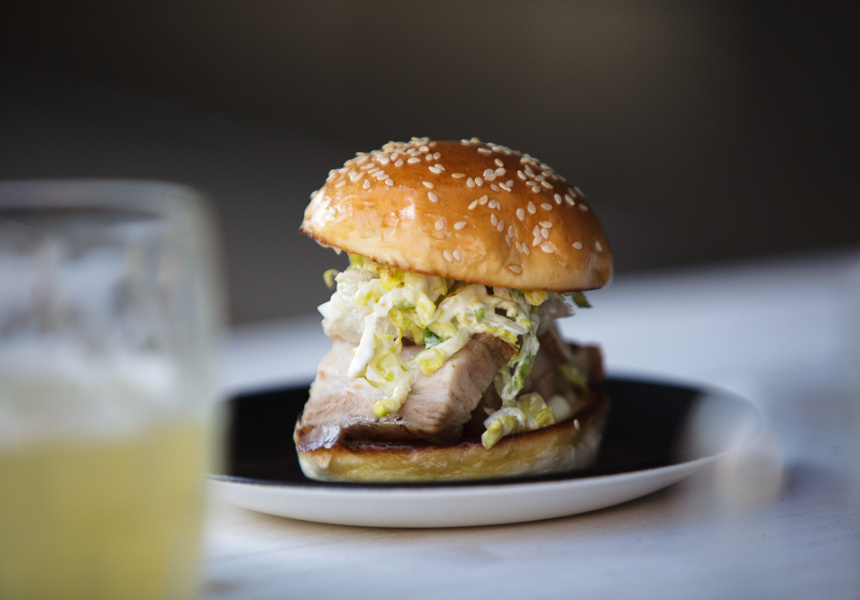 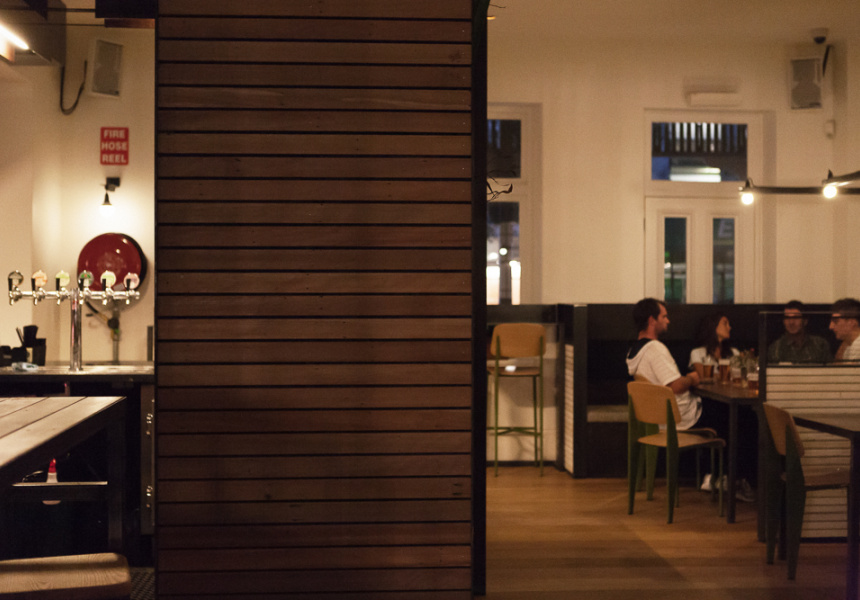 There are a handful of pubs that can lay claim to the title of being Melbourne’s oldest. Mac’s Hotel isn’t one of them, but being built and licensed in 1853, it makes the top five.

Colonial-styled restaurant Captain Melville is a perfect fit for the historical building. It melds modern-Australian and European cuisine, and takes its name from bushranger Francis McCallum. Alan Sam (of 8bit), Paul Scanlan and Roshan Nijar set up Captain Melville and upstairs bar Loch & Key in 2012, before selling both to current owner Jared Hart.

The large communal dining hall is lit with lightsaber-like vertical lighting. Olive trees are scattered throughout and for an outback touch, tables are adorned with native plants, leaves and eucalyptus gumnuts. There are also cowhide-bound menus and aprons, but Captain Melville is far from a corny concept.

The kitchen’s mission is to create pub classics at a restaurant level. That broad remit means a single table might end up with yellow dhal with naan bread, a parma, chilli-beef nachos and pan-fried salmon. In keeping with the gastropub theme, there’s a solid list of easy-drinking wines and tap beers.