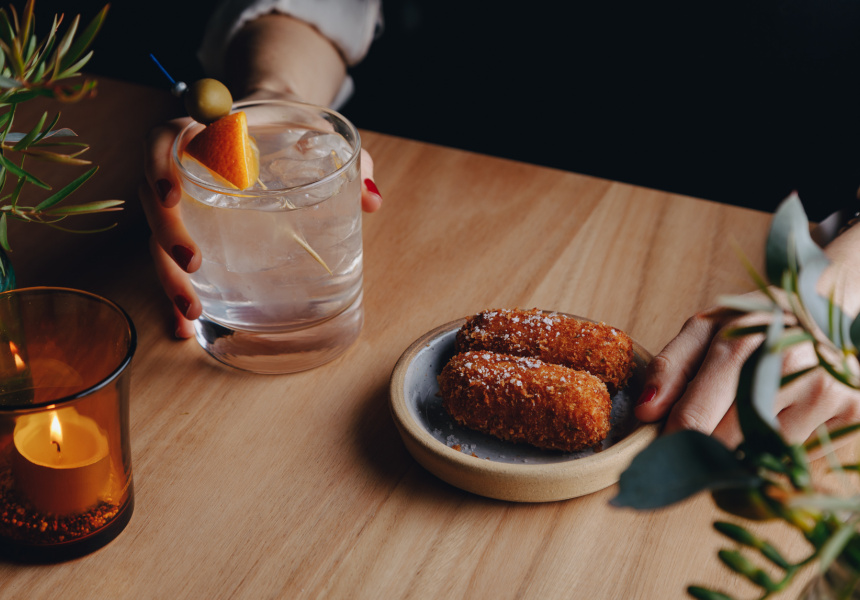 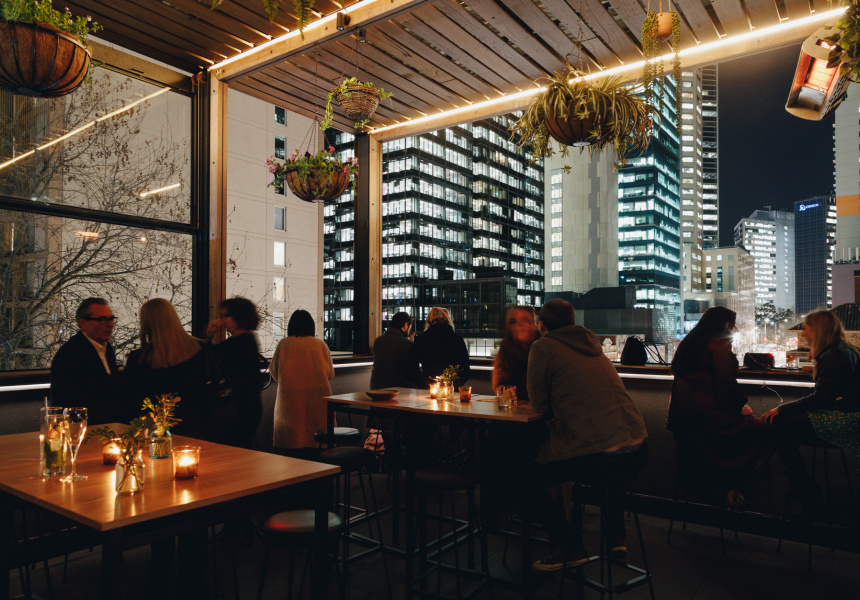 Bomba restaurant and rooftop bar is a late-night tapas stalwart owned by Jesse Gerner’s Tigerbird Group (Añada, Nomada), which has its own alcohol-import arm bringing spirits and wine directly from Spain.

The ground-level restaurant is dark, narrow and intimate. The quieter corners are reliably filled with couples on first or fifteenth dates enjoying the protein-heavy menu of tapas and larger share plates from chef and co-owner Andrew Fisk. There are a good variety of cured, baked, grilled and slow-cooked meats. Beloved originals, such as the so-sticky, so-gooey, 12-hour Pedro Ximenez-braised pork jowl, have been on the menu since Bomba opened in 2013. The bone marrow and Wagyu cecina (cured beef) toast is another crowd favourite, and undoubtedly one of Melbourne’s best bar snacks.

Take a short elevator ride to find the fifth-floor rooftop, which underwent a
million-dollar renovation in 2018. The small, packed space with impressive city views has a 120-person standing capacity, plus a fully convertible terrace with retractable roof and drop-down windows.

Fisk’s upstairs menu takes inspiration from a longstanding Barcelona concert hall called Bikini, famous for its toasties (also called “bikinis”). There are six to choose from, including one filled with confit chicken, pickles and Mahon, a hard Spanish cow’s cheese; another with banana, mascarpone and dulce de leche; and the classic with Jamon Iberico, which Fisk has topped with black truffle. Along with the rest of the menu, you can get bikinis until 1am upstairs.

If you somehow tire of the spectacular view, the bar’s wall-mounted projector beams black-and-white silent Spanish films on the adjacent exterior wall of Her Majesty’s Theatre.