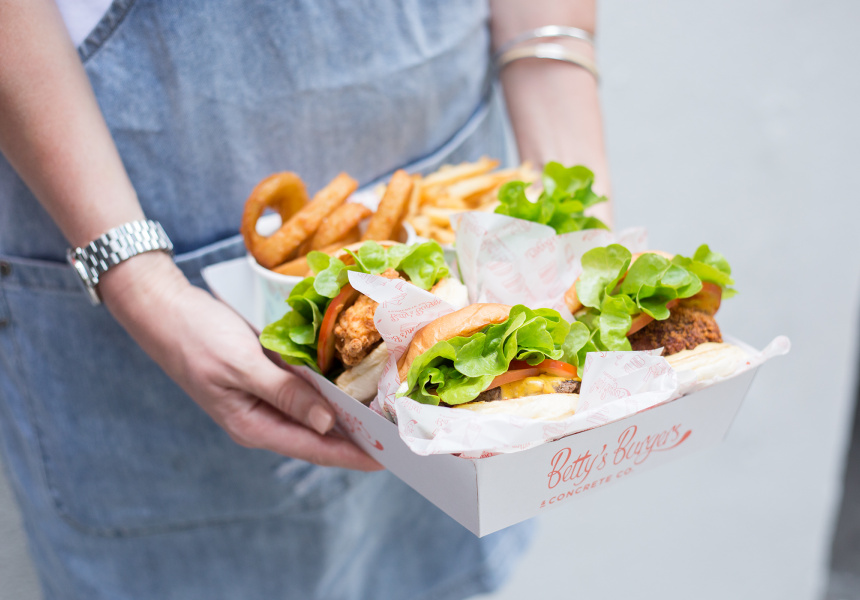 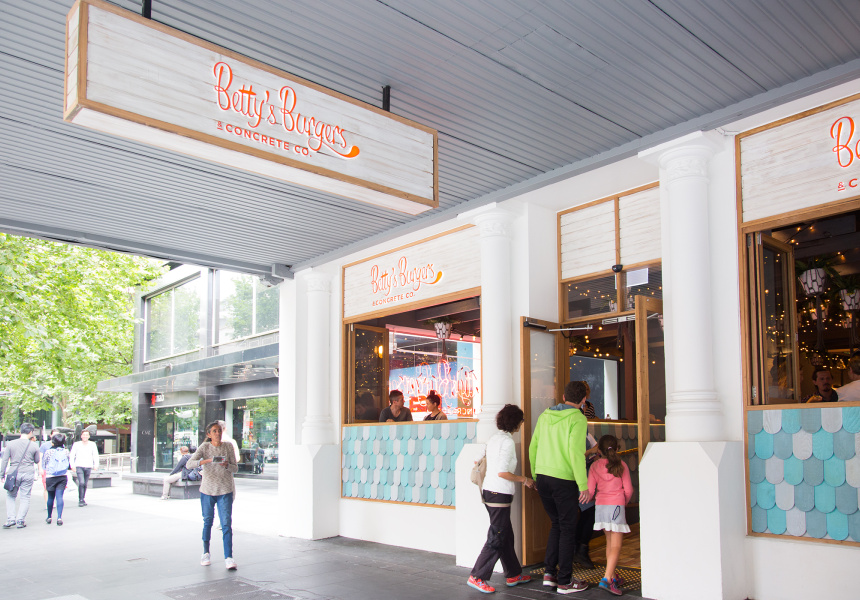 In Noosa, burgers have been made and sold by someone named Betty since the 1970s.

Back then it was Betty Wallace, who was famous for the $1 “Betty’s Burgers” she sold for 25 years from a sandwich shop on Hastings Street. The current iteration of Betty’s Burgers (coincidentally also on Hastings Street in Noosa opposite the main beach), is by David Hales, Nik Rollinson and head chef Michael Tripp. It’s an ode to Hales’ grandmother, Betty Anderson, and although it’s not connected at all to the original Betty’s, the burgers continue to draw a massive crowd.

In December 2016, Betty’s Burgers opened its first store outside of Queensland on the corner of Elizabeth and Collins streets in the CBD. It’s similar in design to the Noosa store – the same bright colours, the same weathered, shingled-shack look. Unlike most burger joints, a staff member greets you when you walk in, and takes your order before showing you to your seat.

The menu is short, focused and no-fuss. There’s a classic beef burger, as well as a chicken, a pork, a mushroom, and a kids’ burger. You can get your Betty bare – that is without bread, wrapped in lettuce – and there’s fries and onion rings, too.

The brand is known for its house-made “concrete” ice-cream – frozen custard churned extra thick – almost as much as its burgers. It comes in either chocolate or vanilla, and there are options for mix-ins, such as bits of doughnut, M&Ms or peanut brittle. The concrete is also used in thick shakes. Betty’s is fully licensed, so aside from regular soft drinks there are basic beers, wines, and ciders.