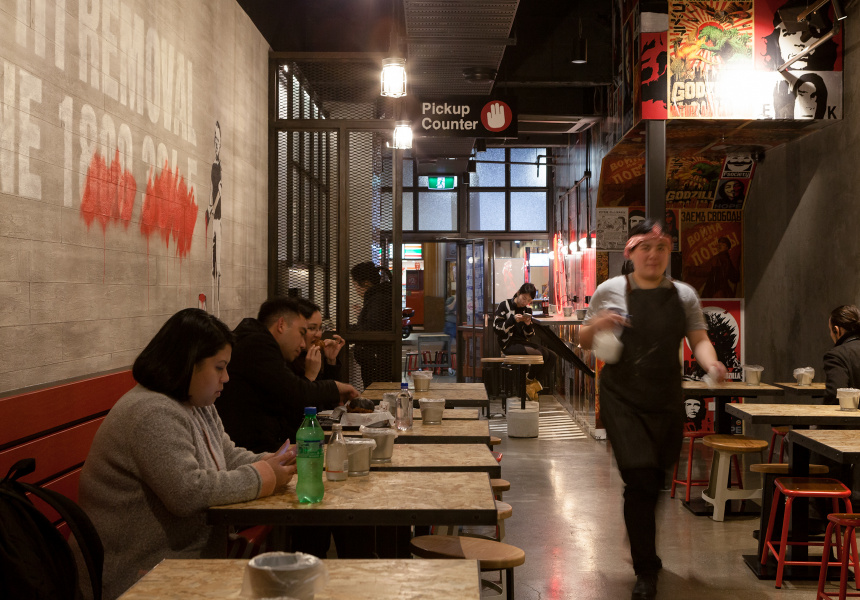 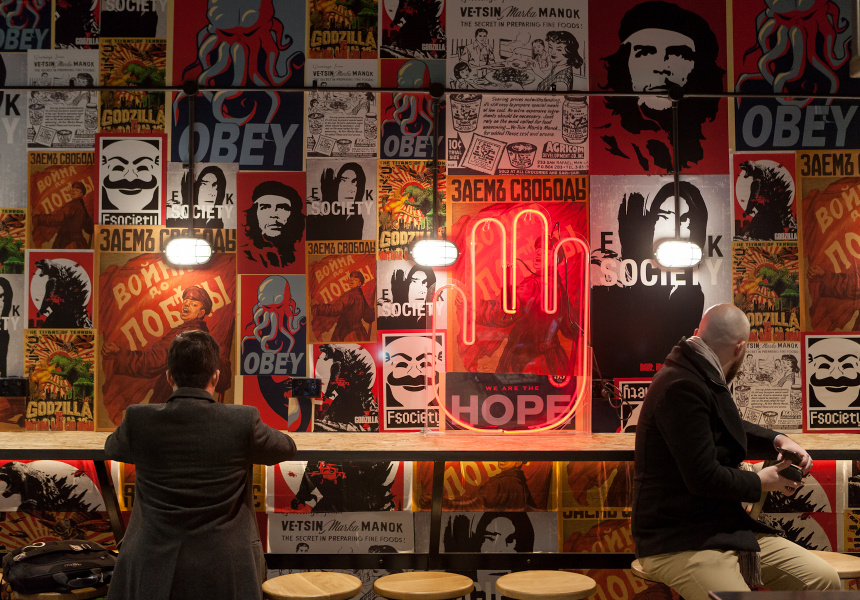 4Fingers is a fast-casual offering; higher quality food than you’ll find at the standard fast-food chain, but still with pay-at-the-register service. Since opening in Singapore in 2009, 21 4Fingers stores have opened across Singapore, Malaysia and Indonesia. This is the first store in Australia.

The chicken at 4Fingers is delivered fresh daily and is used for the restaurant’s staple offering – crispy Korean fried chicken. The recipe is based on the one used at a small shop in New York’s Koreatown.

In addition to the Korean fried chicken, 4Fingers blends a variety of different flavours and creations from Japanese cuisine, Chinese and Western cultures; there is a seaweed-spice dressing for the chips, Chinese soft buns called mantou and “kimslaw”, a mixture of Korean kimchi and Western coleslaw. There is also fried calamari, shrimp salad and burgers.

4Fingers gets its sauces from a family-owned and operated company on a small island in Penang, Malaysia. The soybeans are naturally fermented in the sun for five months. The store designs also revert back to more traditional times with the use of peg boards to display the menu, rather than glossy TV screens or anything electronic. And there is a mural on the store facade by Singaporean street artist Samantha Loh.