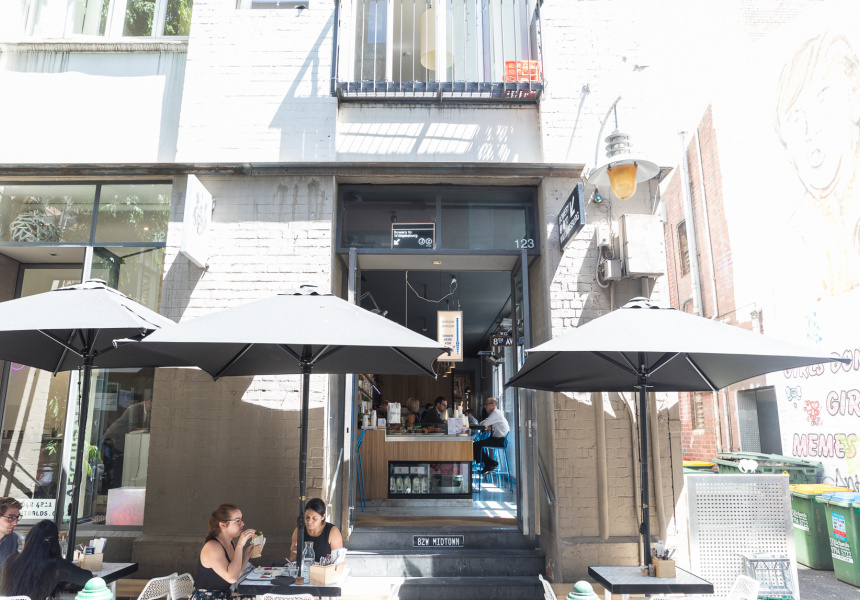 This cafe is currently closed

Tel Aviv used to be Shaun Williams and Di and Will Keser’s ode to the New York City subway – Bowery to Williamsburg. They rebranded the venue in early 2017, following a trip to Israel.

Tel Aviv is also modelled on a restaurant called Miznon, which has branches in Tel Aviv and Paris. Miznon serves unforgettably soft, filled pitas, and similarly memorable char-roasted vegetables (such as whole caramelised cauliflower). Similar renditions of both are on the menu at Tel Aviv.

As well as pitas (wood fired by a local baker) stuffed with everything from haloumi and breaded eggplant, to beef kofta, the menu includes a range of salads, such as fatoush and a Middle Eastern grain salad. For breakfast and brunch there’s porridge made from Israeli cous cous with vanilla, rosewater, orange blossom and roasted peaches; Bircher made from freekeh; French toast made with challah; and five different types of shakshuka.

There are boxes of garden herbs in the window, and Israeli products that are used in the kitchen scattered throughout the space.