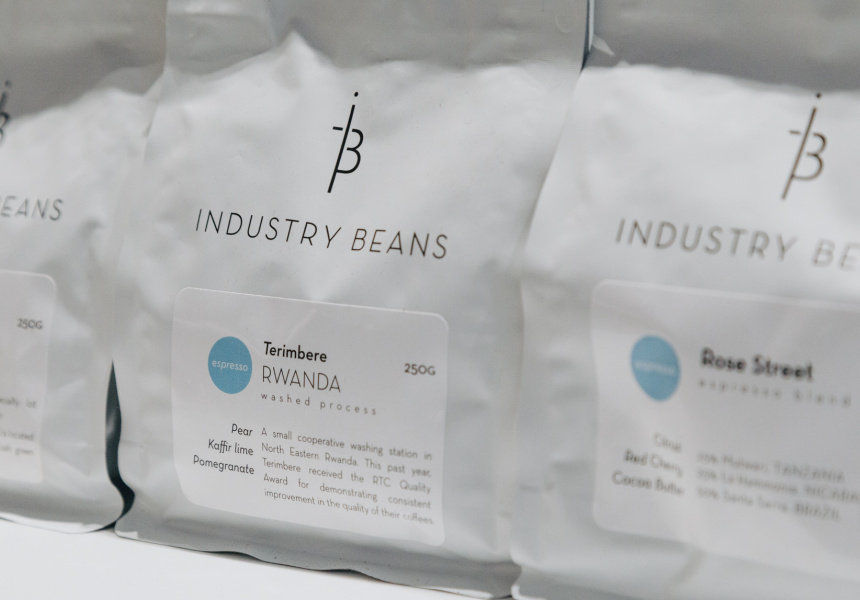 Trevor and Steve Simmons – the brothers behind Fitzroy’s Industry Beans – spent years searching for the ideal CBD space for an outpost of their flagship cafe and coffee roaster. It took such a long time because there was one thing they refused to compromise on: natural light, which is notoriously difficult to come by in Melbourne’s city centre.

Their patience paid off in 2017 when an appropriately light-washed space offered itself on Little Collins Street. After the lease was signed, a swift renovation followed, with the aim of distinguishing Industry Beans’s first satellite cafe from its elder’s fit-out. The two locations could not be more different. The city space swaps the dominance of black in the expansive Fitzroy venue out for an all-white fitout; equipment, the large coffee bar, all light fixtures and the panelled ceiling are all finished in white.

From a coffee standpoint, the biggest point of difference at is the machine – it looks like there isn’t one. The new cafe employs a La Marzocco Modbar, a coffee machine which operates largely under the counter. This is meant to demonstrate the coffee-making process in a more educational way than a conventional machine by removing the barrier between customer and barista. To drink, there’s a house-blend for milk-based coffees, with a rotating range of single origins at all times too.