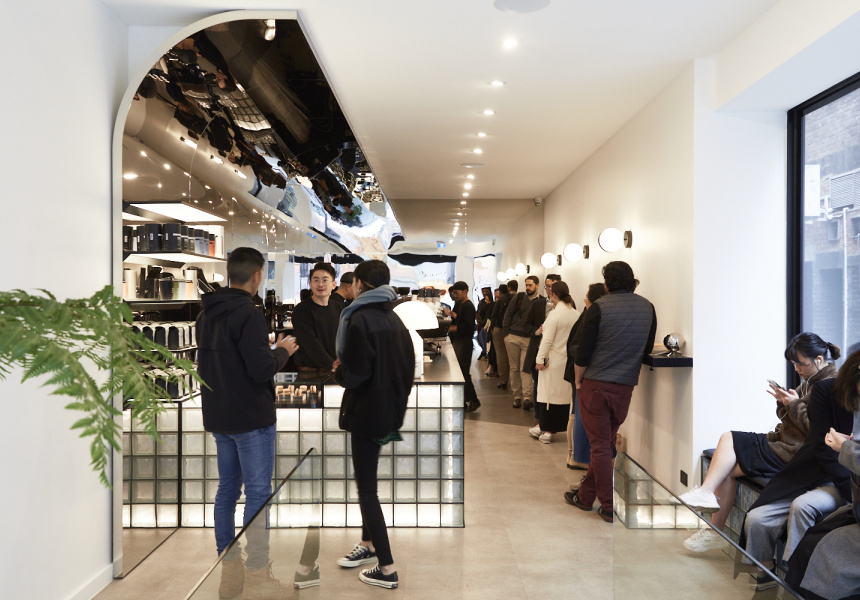 You might not know boutique coffee roaster Bench Coffee Co by name, but you'll be familiar with its cafes, which includes Slater Street, 580 and, only a few doors down, the katsu-sando dedicated Saint Dreux. But now it has its own proper flagship that bears its name.

The coffee menu at this angular black-and-white corner shop is intentionally simple, covering all the basics plus hot and iced filter, cold brew and an espresso tonic. Beans are also available to take home.

This being Bench, the centrepiece of the cafe is the statement bench: here, it takes up nearly half the space and has a base of glass blocks – it's inspired by Maison de Verre, an old French modernist building.

Given the size limitations, the only food served here is dacquoise – rich buttercream sandwiched between light, spongy nut-meringue biscuits. There are five flavours, including the Japanese-inspired Uji matcha and black sesame, plus raspberry, Belgian chocolate and vanilla-sea salt.