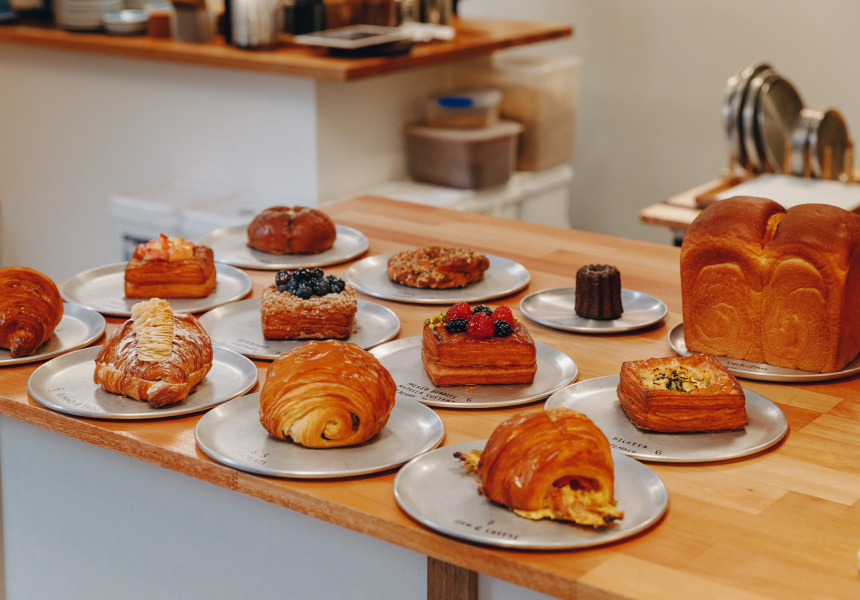 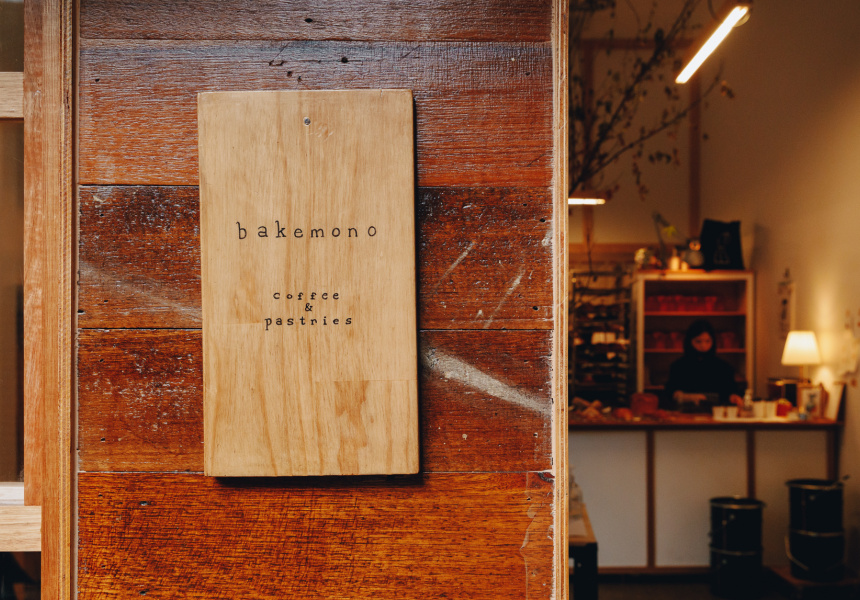 This small bakery is in a converted garage on Drewery Lane, just off a busy part of Little Lonsdale Street. Bakemono only has one other neighbour in the narrow strip: sister venue Little Rogue.

The snack selection is tight. Tall, puffy Danishes come filled with blueberries and custard; Nutella and jammy berries; or chunks of apple and stewed rhubarb. Almond croissants get a citrusy kick from yuzu, and there’s a classic ham and cheese croissant, too. You’ll also find canelés (small French cakes flavoured with rum) and soft, fluffy loaves of shokupan (Japanese milk bread) that come out of the oven at midday.

Then there’s the perpetually sold-out garlic bread – a popular Korean street food – which uses the same dough as the shokupan. It’s baked into dome-shaped buns then sliced, piped full of slightly sweet cream cheese, dunked in a bowl of butter and garlic, then baked again.

The design was a team effort, with a clean look inspired by cafes and bakeries in Japan and Korea. Large windows let you peek in from outside, which is covered in timber panelling, and inside it’s mostly crisp white – except for some pine furniture and accents. potted Japanese maple stands in the centre of the space; its leaves sparse and orange.

Unlike Rogue and Shamble Coffee Brewers, the trio’s other spot, which both use beans from Acoffee, Bakemono’s coffee is supplied by Small Batch. Hot chocolate is by Mörk, and chai lattes are made with a concentrate brewed in-house once a week.