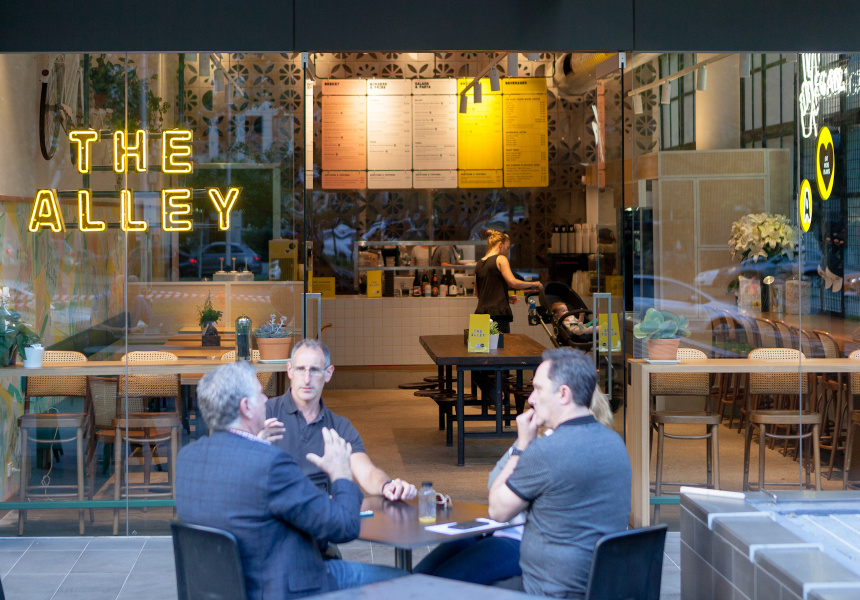 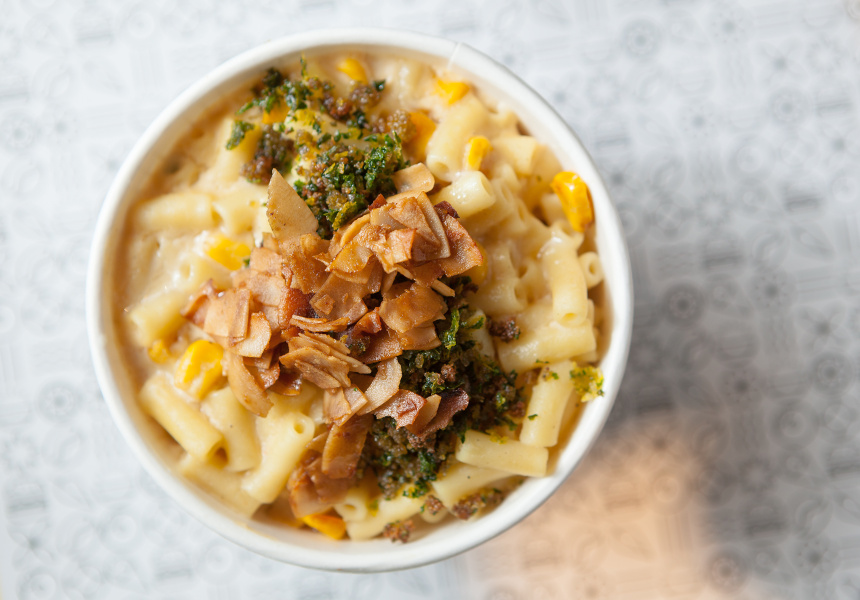 Alexandra Pyke was never all that interested in vegan food. That is, until she realised it could also be tasty.

For 11 years Pyke lived overseas, primarily in New York where she was a partner in restaurants and cafes such as The Fat Radish (which helped pioneer a cool, downtown farm-to-table movement) and The Butcher’s Daughter (a popular, health food cafe in Nolita). Pyke wanted to open something similar in Australia.

The Alley, Pyke’s cafe on St Kilda Road is all plant-based and vegan to cater to anyone who wants to eat healthy, and to prove that eating plants and vegetables can be just as satisfying as eating meat.

The Maple Bacon Burger is the menu’s best-seller. Made from Portobello mushroom, sweet potato and adzuki beans and topped with a strip of coconut “bacon on a vegan brioche bun.

The Mi_So Hungry Burger has a thick slice of eggplant and is layered with two types of dressing: a cucumber and umeboshi slaw and a tomato-miso ketchup. It’s also stacked with lettuce, tomato, onion and vegan butter.

There’s also a Macrobiotic bowl, which is the same menu staple Pyke had at The Fat Radish in Manhattan. It has a quinoa base, piled with sautéed kale, roasted sweet potato, carrot ribbons, adzuki beans, sesame seeds, crunchy nori flakes, pickled vegetables and topped off with a turmeric-tahini dressing.

If you’re feeling like something sweet, try the Key Lime Pie made with avocado, cashew-coconut cream and lime, or the Peanut Butter Cup Smoothie, peanut butter, banana, pea protein, cinnamon, and a mixture of almond and coconut milks.