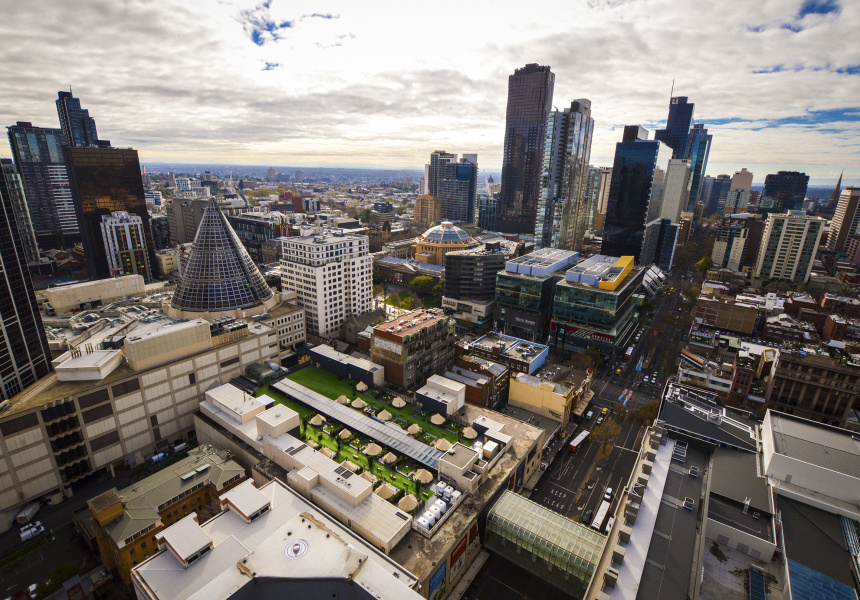 Reunion is an inner-city oasis of plunge pools, palm trees and food and drink, all set on the rooftop of Melbourne Central. “It’s summer in the city,” said co-founder Jerome Borazio.

Mornings at Reunion Island will offer multiple recreation options from yoga to meditation, massage and pilates. Transition to bathers in the afternoon for sunbathing and swimming, and in the evenings, rooftop sunsets and sipping.

“Melburnians are obsessed with being outdoors, we’re just happy to facilitate that,” said Borazio. So are Melbourne Central, spokesperson Melissa Polglase saying they are excited to be involved in such an innovative project.

Reunion Island will only be open during summer, from October till April. Private functions will be available.