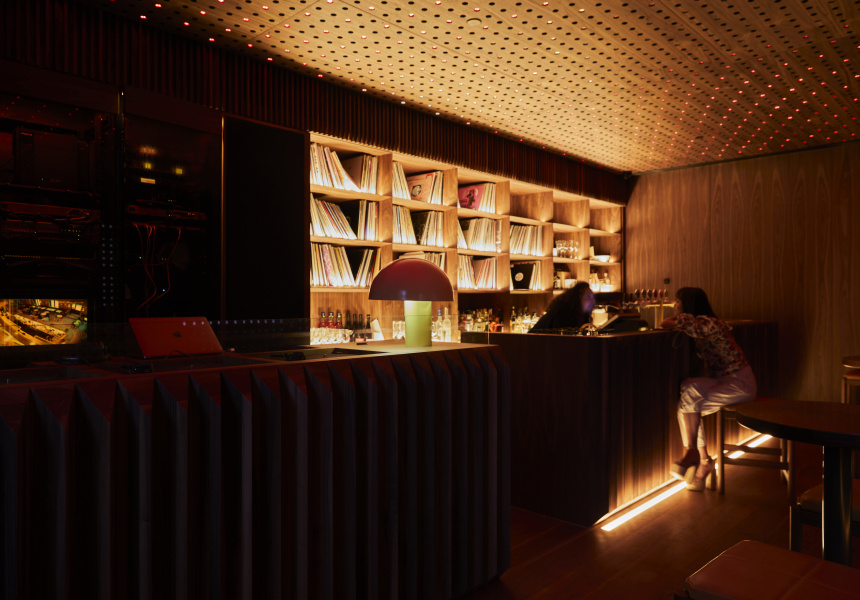 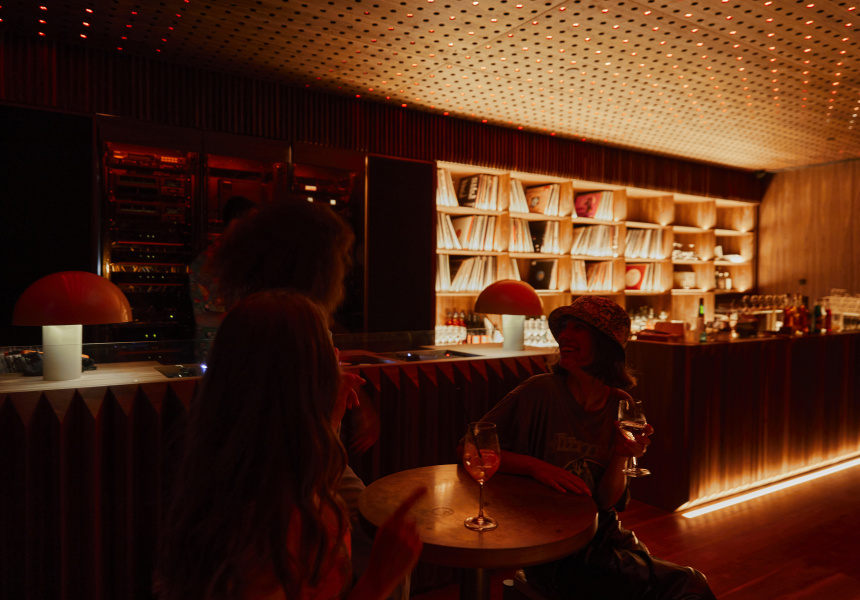 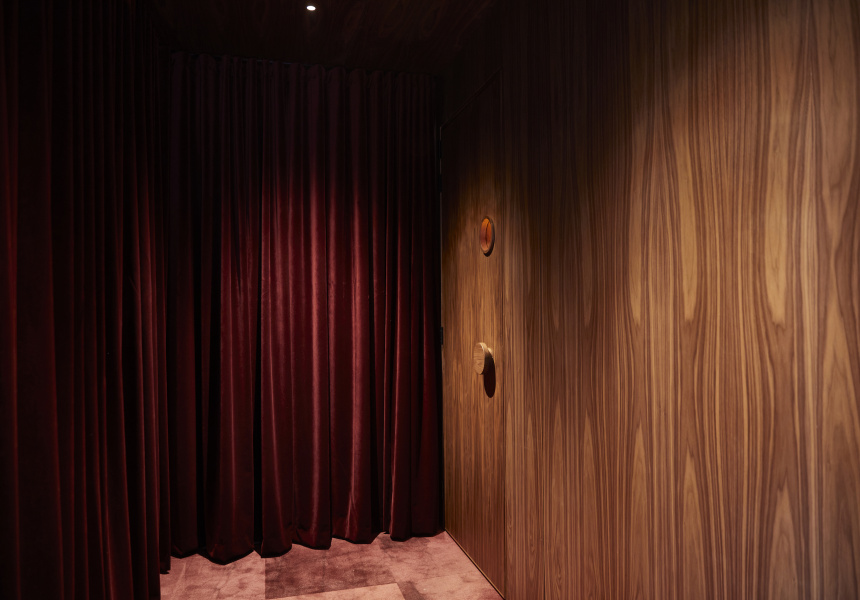 Located on the first floor of HQ Group’s (Arbory, Arbory Afloat) multi-storey venue, Her, Music Room is a sound-proof bar and listening room modelled after the vinyl-spinning boltholes found throughout Japan and Europe, where patrons come for the records as much as they do the drinks.

True to the genre, spirits and smashable cocktails are the focus. But you can also expect a list of sparkling wines covering everything from Aussie pet nats to obscure Champagnes, Prosecco and Lambrusco.

Also behind the bar is a collection of around 3000 records, spanning genres from disco to funk, house and beyond. A nightly curation of those play through a premium bespoke sound system that blends seamlessly into the bar’s timber design. A rotating cast of veteran and rising DJs (selected by Her music director Jnett) curate the three decks each night, so it’s rare you’ll hear the same thing twice.

The rest of the intimate space – which is accessed via an acoustically treated door – is punctuated by Japanese art deco wall lamps and nectar-coloured banquette seating. A light installation by renowned designer Hervé Descottes is fitted to the ceiling, which dynamically responds to the music emanating from the speakers. To round out the concept, various American Walnut surfaces inside the space are perforated with smalls holes to invoke the sensation of kicking back inside a speaker box.

As well as being a dedicated space to hear hand-selected tunes in high fidelity, Music Room acts as the musical nervous system for the entire Her venue. It provides the soundtrack for the French-leaning Her Bar on the ground floor, fire-powered Thai restaurant BKK on level three, and Her’s lush, open-air rooftop bar.