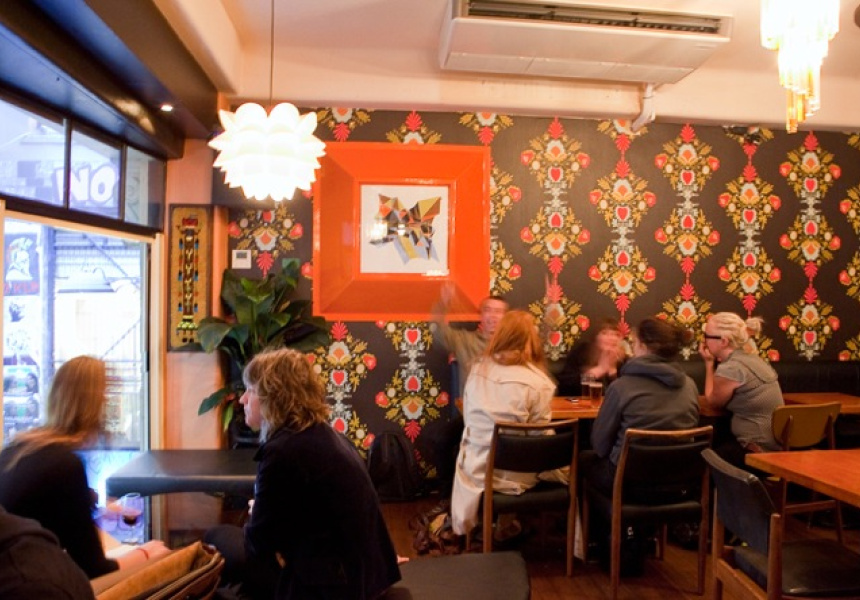 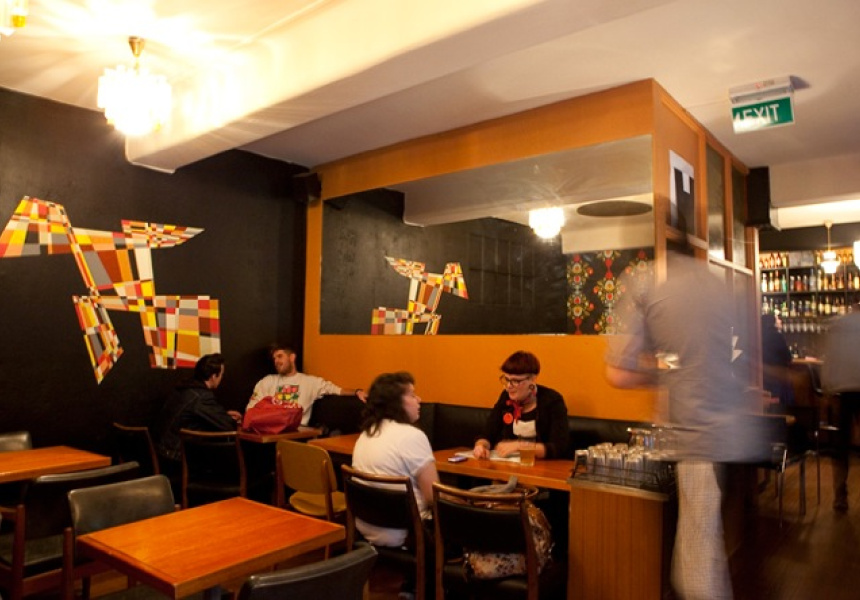 Hell’s Kitchen is a flight of stairs above Jungle Juice on busy Centre Place. Owner Russell Tarbett proved himself a prophet by acquiring a cafeteria that evolved into a bar, fitted out along the way with pieces by the artists occupying studios three floors above, including some pretty wild wallpaper. A small seating area by the bar and a larger side room make up the space, the latter a-glow with glass and gold art nouveau-style chandeliers.

Food is available from noon to 10pm, the menu full of Middle Eastern inclinations that include pides, curries and a daily soup and cake. To sit at a blond-wood table against the factory windows overlooking the lane below is to see people huddling at teeny tables in the cold air, and hence to feel very well positioned, with bird’s-eye view.

At four in the afternoon the lights are dimmed and Hell’s Kitchen really becomes a bar. A cocktail list focuses on worthy classics, such as a Negroni or Whiskey Sour, and beer is available on tap. There is also a short wine list of pleasing local quality and house-infused vodkas with warm flavours like cinnamon, chilli or chai.

A generally young and discerning crowd distinguish Hell’s from many of the other suit-studded bars in the area.