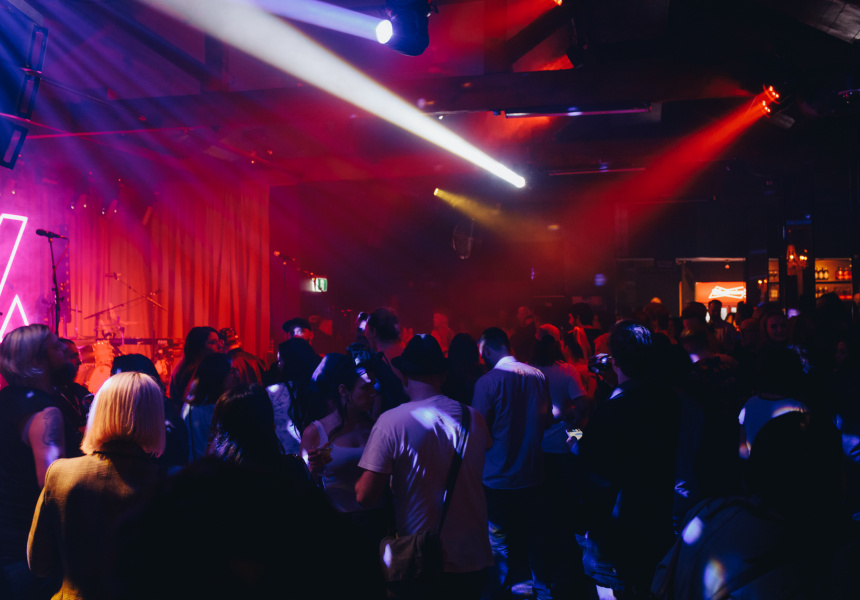 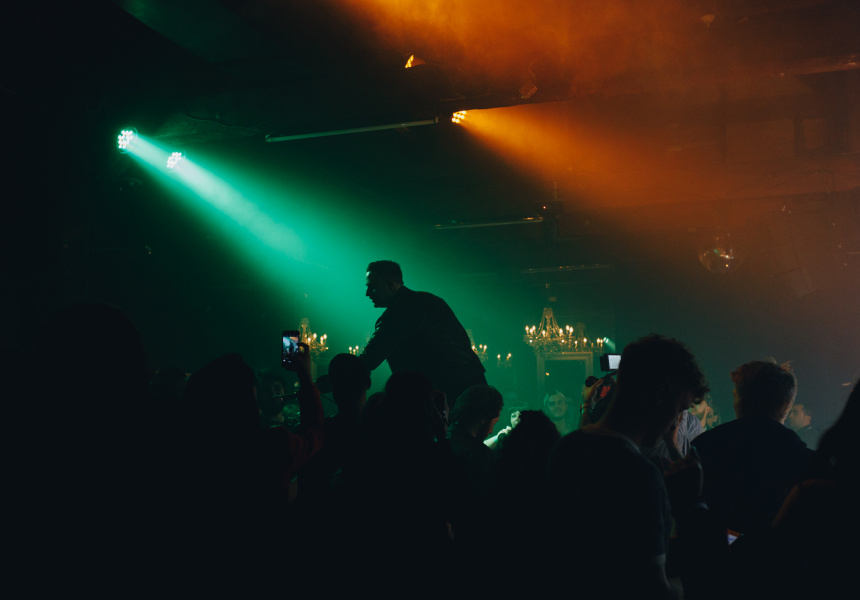 Geddes Lane Ballroom is a partnership between Shannon Bennett – the celebrated and celebrity chef of ultra fine diner Vue de Monde – and property developer Lorenz Grollo of Grollo Group – the company that owns the Rialto Tower. Whether you call it gentrification or urban renewal, opening Geddes was part of Grollo’s plan to change the public perception of King Street’s southern end – a strip populated largely by adult-entertainment venues.

Geddes is a rockstar fantasy turned reality. The music venue is located in a former strip club, and has kept the old business’s three themed rooms: the School Room (Primary), the Jail Cell and Shower Shows. In the latter, an old plastic curtain remains draped over its rail in a functional – rather than performative – washroom presumably used by the dancers of Showgirls Bar 20.

Bar the odd lick of paint or strip of wallpaper, the interiors have remained largely unchanged. Wooden dado panelling lines the walls and there are arched stained-glass windows. There are the previously mentioned themed rooms and a street-level bar. A pizza vending machine has been shipped over from Japan, and there are food trucks (including Benny Burger) outside in Geddes Lane.

But the real star is the 300-person capacity band room with its massive wooden support beams and stunning gabled roof. The venue features a phallic red catwalk that juts out into the crowd and custom lighting design.

It is a singular, slightly bonkers, possibility-filled addition to Melbourne’s live-music scene.