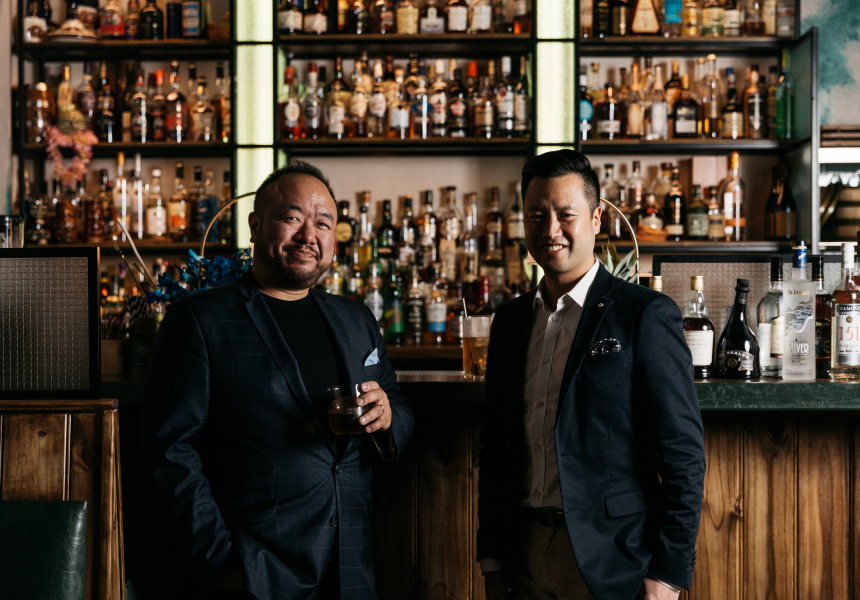 East China Trading Company is on the ground floor of the same building that houses the hard-partying Golden Monkey in its basement.

It’s an all-day offering that makes the most of the venue’s busy location, and dumplings are available throughout service.

The specialty here is rum, and there are more than 200 varieties available. Rather than categorising the rum menu only by colour, age or location, East China also focuses on teaching customers about the different methods of production and distillation for each bottle.

Where downstairs’ Golden Monkey is themed around late-19th-century Shanghai opium dens, with its labyrinth of folding screens cast in sultry red lighting, East China Trading Company is inspired by the port of Shanghai in the early 20th century, when it was the busiest port in east Asia.

Red paper lanterns greet visitors at the door, and beyond you’ll find jade-hued leather upholstery, and dark-wood booths and stools. It’s noticeably more grown-up than its basement sibling, which means rum connoisseurs and late-night revellers can exist comfortably in the same building.