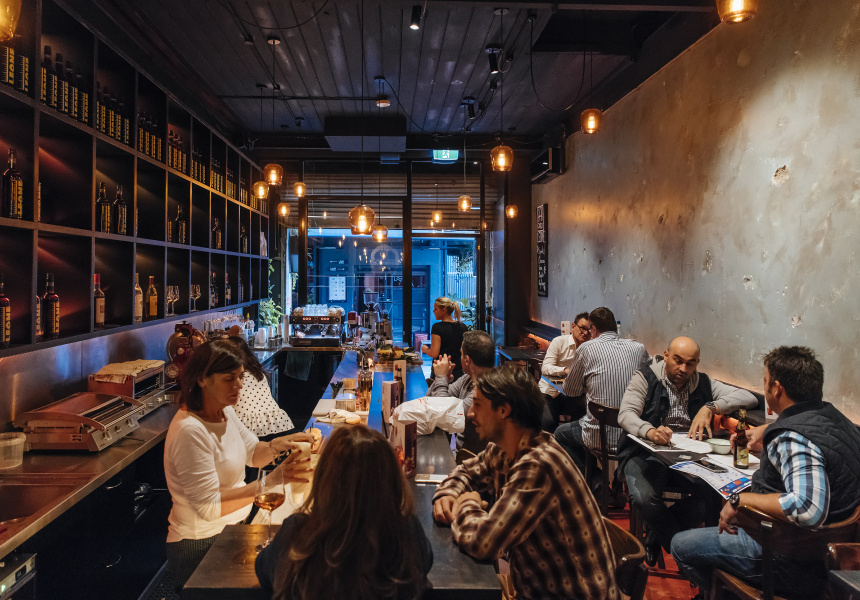 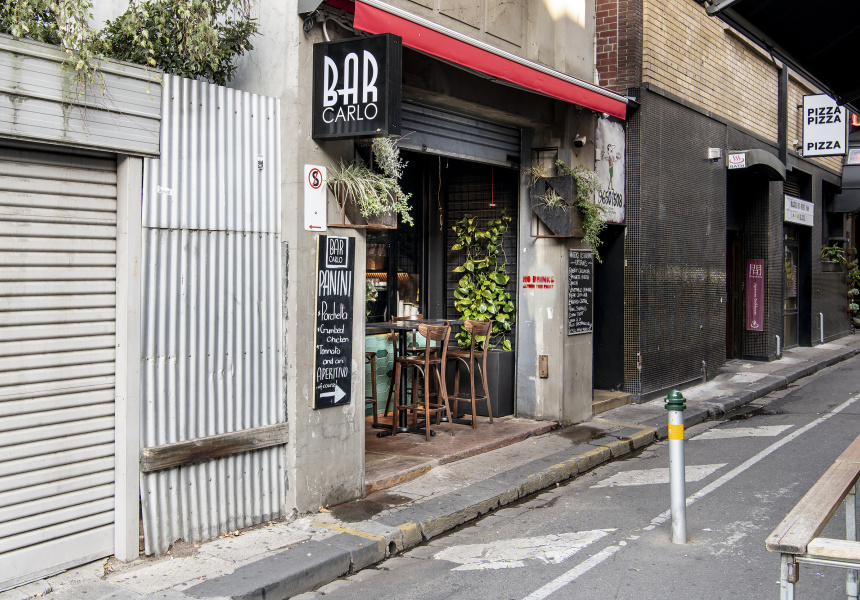 Bar Carlo is a slice of Italy in the CBD. The long bar fills up with an after-work crowd. There are chunks of prosciutto and cheese on display in a fridge behind the bar. Customers sip on spritz and wine, and snack on the free nibbles provided alongside their drinks.

Small plates of bread topped with combinations of meats, cheeses, vegetables and tapenades are passed to eager hands. The sliced-bread snacks, known as cicchetti, are $2 a piece and it may be hard to stop at a couple. Owner Alana Sabbadini says each night they offer different cicchetti toppings and when they run out of bread … that’s it; it’s gone.

Campari and Aperol spritz are naturally on the menu, but you’ll notice the shelves are lined with Leone, an aperitif from a little town called Bassano del Grappa at the base of the Alps. It’s rarely found outside Northern Italy and sits somewhere between Aperol and Campari – not quite as sweet as the former, and without the bracing bitterness of the latter. It’s available as a spritz or with ginger ale, tonic, soda, and Sabbadini swears by it in a Mojito. It’s already proving popular.

For fans of that part of Italy, there’s also grappa from Nardini, a distillery that’s been in operation since 1779. Alongside three different Nardini grappas there’s also Nardini gin, vermouth and amaro liqueur.

If you’re passing through the city during the day, the bar also offers Italian-style breakfasts. For lunch, panini with classic combinations such as mozzarella and tomato; or Asiago cheese, prosciutto and grilled peppers. Meats and cheeses come from Savour and Grace in Kensington; breads and baked goods come from Dench Bakers.

After a spritz, you can sip on the all-Italian wine menu, with everything available by the glass. Beer is also Italian with Peroni and Birra Moretti, plus Furphy for a local option.

It’s easy to forget that Bar Carlo occupies what was once Meyers Place, one of Melbourne’s original laneway bars, which closed in 2017 after 23 years in operation. But Bar Carlo isn’t without its own historic connection to the site – it’s named for Sabbadini’s grandfather, Carlo, who founded his own Melbourne institution, the Waiters Restaurant, upstairs. The Waiters is still owned by Sabbadini’s uncle. And at Bar Carlo, you’ll find her mum, prepping food throughout the day.