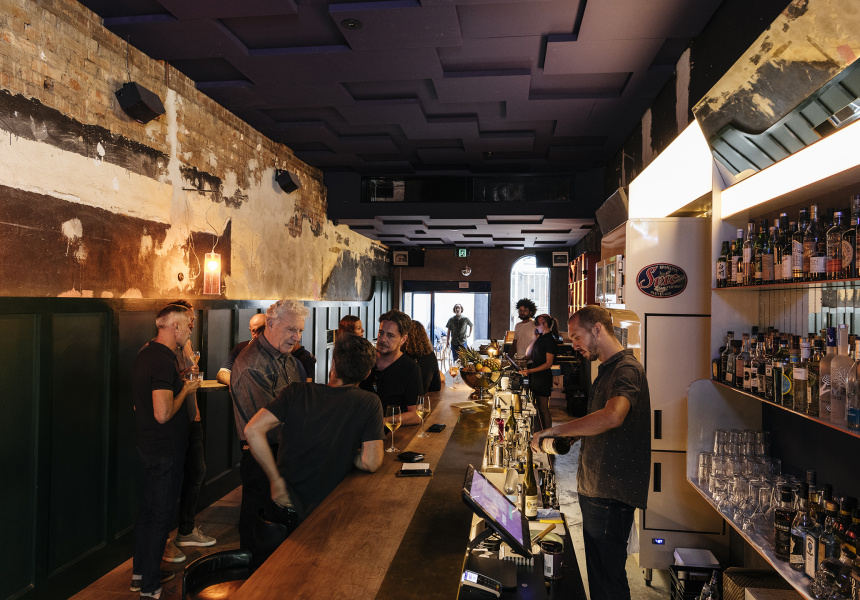 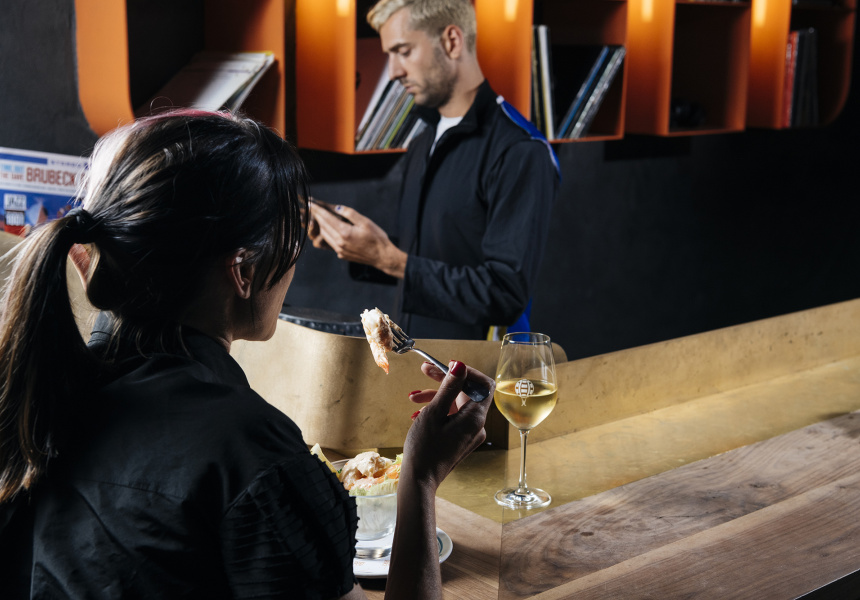 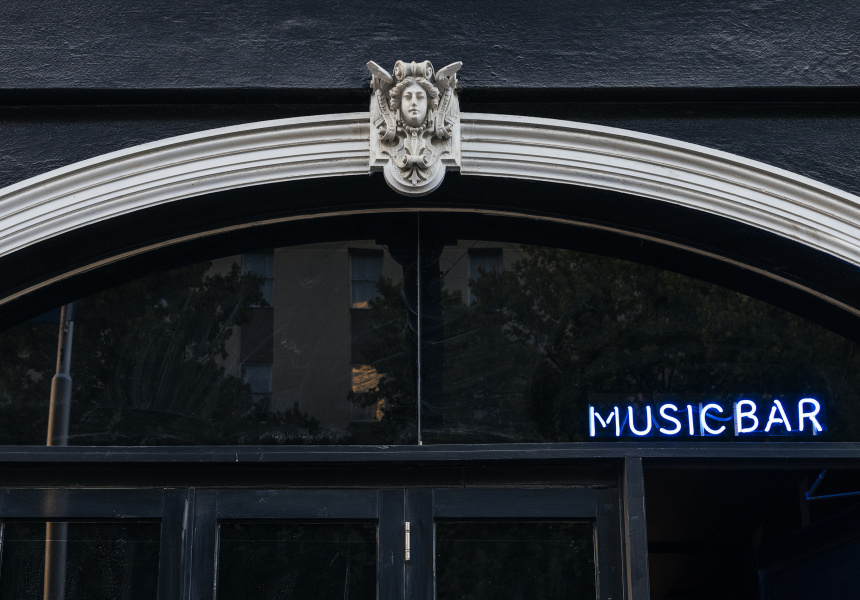 Renowned restaurateur Con Christopoulos made his name as one of the operators behind iconic Melbourne venues such as The European and City Wine Shop; as well as Kirk’s Wine Bar, French Saloon, Neapoli and Butchers Diner. But Angel Music Bar is different. It’s DJ oriented but it’s not a nightclub, nor is it a cocktail or wine bar. Rather, it’s a music-focused venue with an exceptional sound system playing an eclectic mix of whatever feels right at the time.

As the sun sets, the space hosts DJs playing all genres. There are two turntable set-ups: one downstairs at the end of the bar, and one upstairs in a small, decoration-free, soundproofed room with a tiny bar. Hearing a dance record in the upstairs space, which fits only 80 people, will make you feel like you’re in the middle of a superclub. The company behind the sound system, Funktion-One, is famous for its high-end systems used in iconic clubs such as Space in Ibiza and Berghain in Berlin. Getting one installed was Chrisopoulos’s starting point for the venue. Everything else, he says, was built around it.

The main bar is built with raucous nights in mind. The only seats are along the bar and they’re bolted down. Even the small tables fixed to the opposite wall are built for strength.

Decadent but unfussy bar snacks are cooked next door at Butchers Diner – the lasagne, a killer prawn cocktail, and mozzarella arancini are passed through a hatch in the wall.

For cocktails, there’s a focus on the classics – “How do you make a Martini?” is the first question for potential bar staff – and all glassware comes from a massive bespoke freezer suggested to Christopolous by his former employee Anton Forte, who co-owns Sydney venues such as The Baxter Inn and Frankie’s Pizza. The wine list leans Italian but there's always a nice champagne and a local pinot available as well.