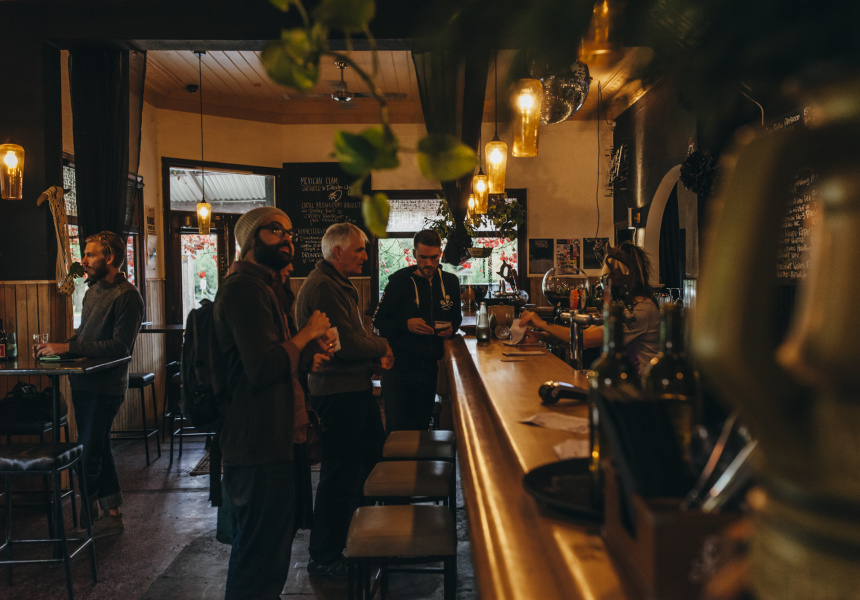 The Bridge Hotel is a long-standing establishment with a notable music program. Current owners Mace Williams and Catherine Fletcher ran Melbourne’s The Grace Darling Hotel for four years, before moving to Bali to open a dive bar called Jealous Lovers. They returned to Castlemaine to take over the rundown pub in early 2015, and went about refitting what they could while maintaining the building’s many layers of character.

Indoors is a dimly lit cave, with various dining rooms stationed to the rear of the bar. The beer garden is quirky and comforting, containing seating and planter boxes fashioned from old pallets. There’s a fire pit out the back and an indoor fireplace near the pool table. Out the front is a nice spot to catch some rays and sink a few brews.

A few Coopers beers feature on the taps alongside Newstead Brewing Co’s IPA, Blue Elephant cider and The Ginger Kid ginger beer from Harcourt. Spirits and wines range from usual pub suspects to trendier bottles such as Boomtown’s No.3 Red.

The food menu balances meaty dishes with those containing plenty of vegetables and gluten-free grains. Pair your pint with sticky ham hock and housemade pickles; a cheese kranksy hot dog; or a chook, leek and corn pie.

On the music front, the pub has booked names such as Bob Evans, Kid Congo and Oh Mercy. Wednesday is open mic night.