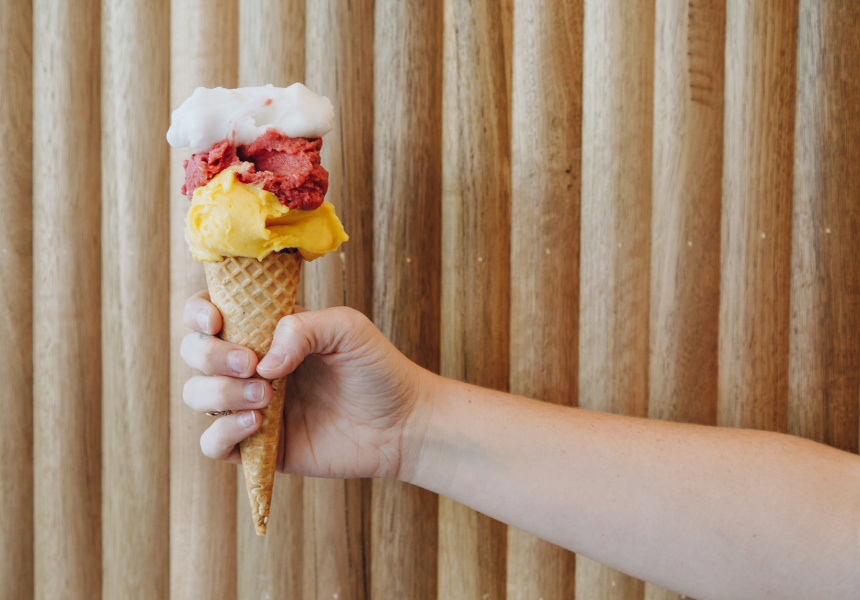 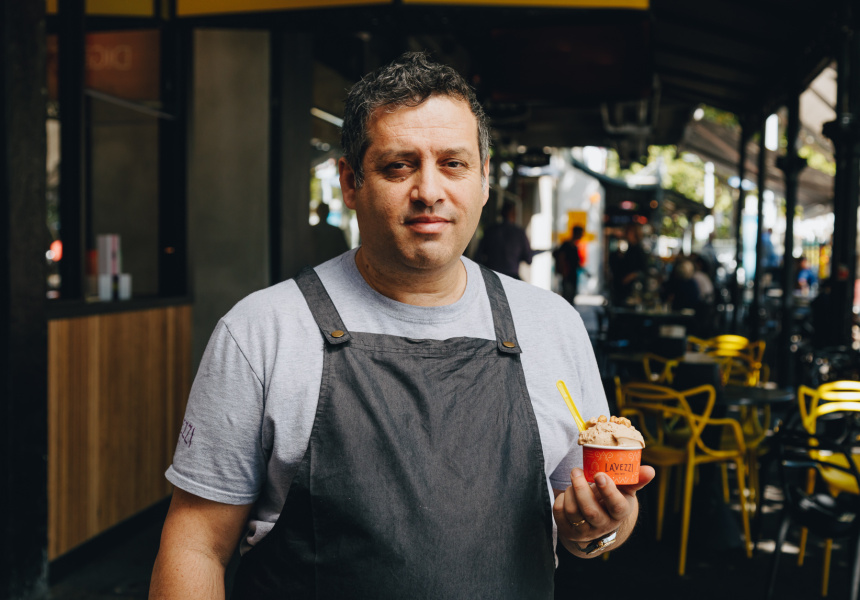 Rafaelle “Lello” Lavezzi’s ancestors have been making gelato for four generations. And the family runs a gelato store named Lavezzi in the Italian coastal city of Formia.

Lavezzi lives in Italy, but after working with Melbourne-based Angelo Sperlinga for years exporting Italian products to Australia, the two paired up to bring the Lavezzi name and gelato to Melbourne. The first outpost opened at Eastland Shopping Centre in Ringwood in 2015. Then in early 2018 the team opened this store on Lygon Street.

Almost a century and a half of experience in the gelato business has resulted in strong principles. First: non troppo (not too much) sugar. Lavezzi says it kills the flavour. Also: using pozetti (refrigerated metal wells with lids in which to store gelato). This keeps the gelato fresher.

All the nuts (which are imported from Italy) used are roasted on-site. Then they’re put through a pulverising machine, which makes them into a fine liquid. Nothing else is added. The store makes its own “nutella”, which is paired with peanut-butter gelato.

Lavezzi also makes fruit sorbets and a dark chocolate variation, plus gelato cakes and granita served with panna (fresh cream), which is classically Sicilian. And there’s a selection of vegan flavours, sorbet for those who are lactose intolerant and gluten-free cones.