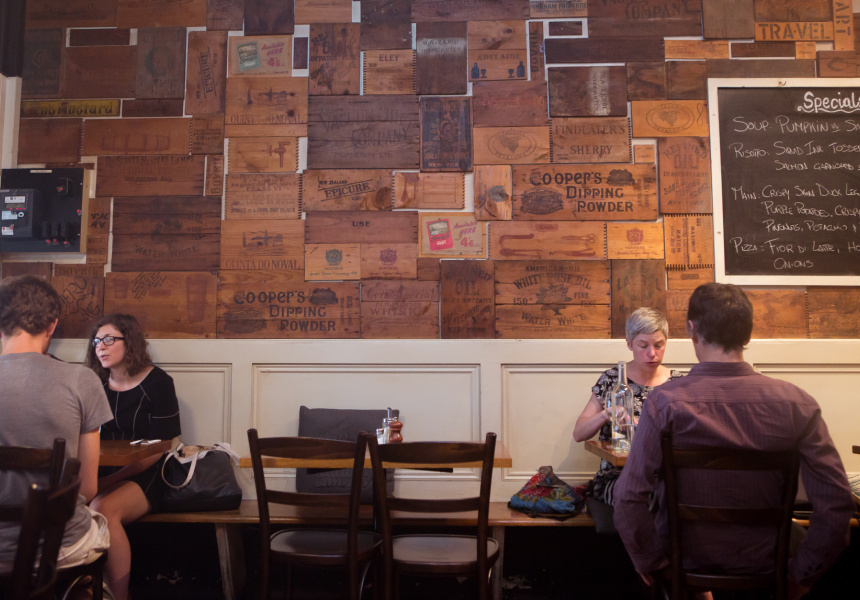 Trotters may not have a slick new fit-out or be particularly trendy, but its staying power on Lygon Street testifies to something altogether more tangible.

Andrea and Lily Galli took over Trotters in 1988 (it was previously owned by the Ferrier family, who started it in 1975). Even after doubling the size of the venue, the pair has maintained an uncomplicated atmosphere that’s inviting to everyone.

Much of this is down to the menu, which is poised somewhere between Italian trattoria and Australian pub. From classic breakfast dishes such as eggs Benedict, to crowd-pleasing gorgonzola gnocchi for lunch and spelt pizzas for dinner, this is unambitious food that won’t intimidate anyone.

The recycled-timber space is big enough to house the masses on a Friday and Saturday night, but has enough nooks and crannies to escape to if necessary. Upstairs there’s a space that looks out over Carlton.

The expansive windows that front the space invite you in, as does the little piggy embossed on the shopfront – an iconic detail that makes this dependable spot instantly recognisable.