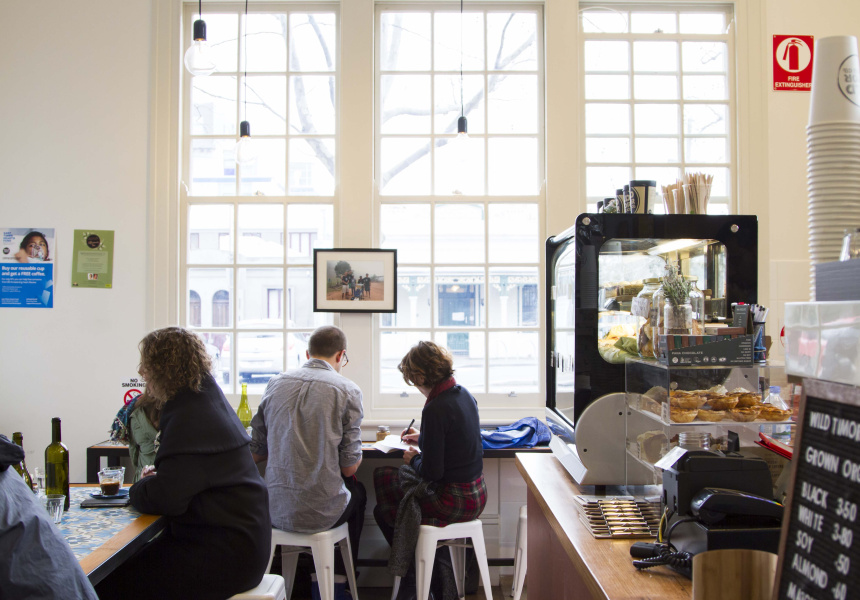 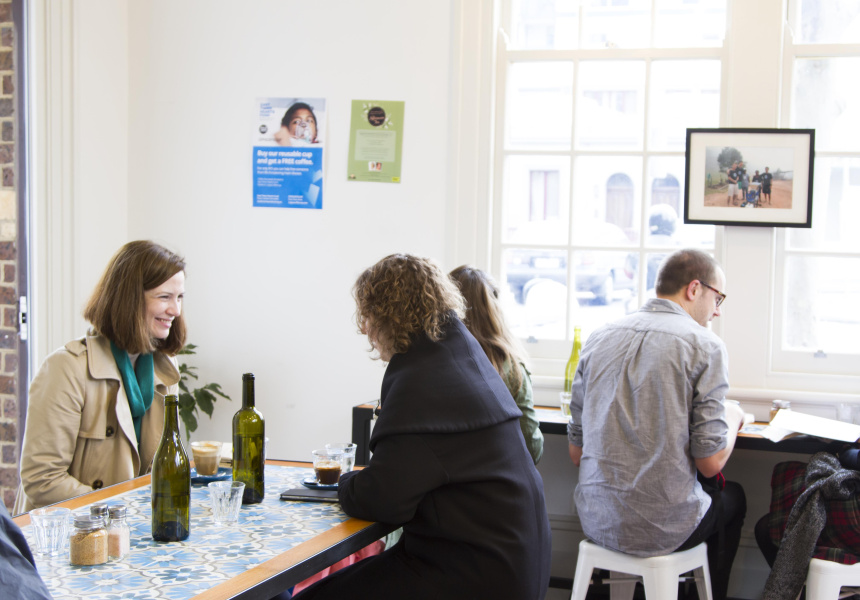 In 2012, four Australian peacekeepers – Shannon French, Tom Potter, Cameron Wheelehen and Tom Mahon – were deployed to Timor-Leste to protect locals from the Indonesian militia. During the post, the group formed friendships with farmers, and learned that the plant life cloaking the terrain was coffee.

After decades of neglect, the trees had grown wild. Arabica interbred with Robusta to form a cross-species now known as Hibrido de Timor. Robusta is strong. Arabica is full of complex flavours and resistant to leaf rust. Combined, they make a hardy, aromatic drop. It’s also entirely organic.

Recognising the value of the crops and the opportunity to create employment for Timor-Leste’s oppressed communities, the group began harvesting the coffee and exporting it to Melbourne. After crowdfunding to open its first cafe in Coburg, the team opened this second location.

Inside the historic walls of the Kathleen Syme Library and Community Centre, the cafe serves a refined menu of bagels, soups, salads, Portuguese tarts and superfood treats for its fast-paced inner-north crowd.

For those who care to linger (and perhaps make use of the free Wi-fi), try the green smoothie bowl; house veggie burger; or the buckwheat chia loaf topped with avocado and beetroot tahini.