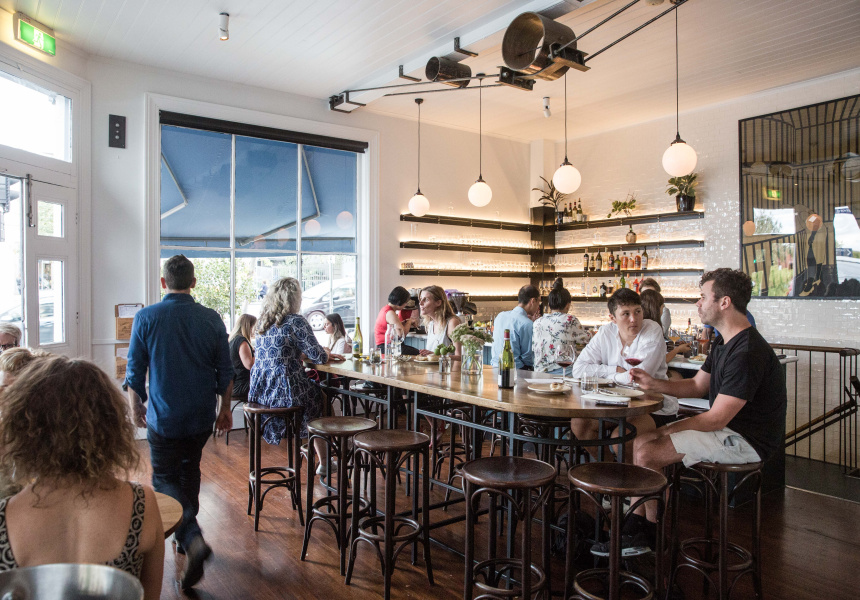 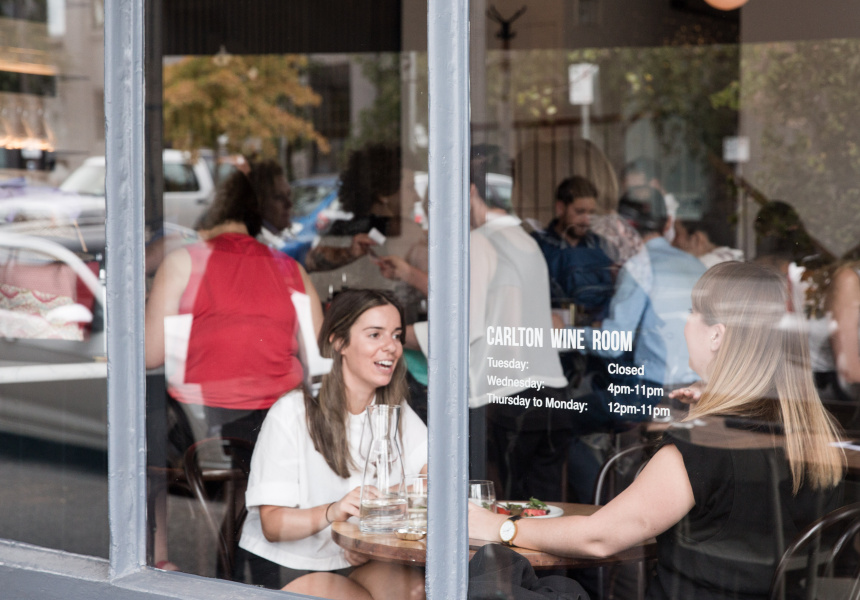 Carlton Wine Room reopened in February 2018 after two months of renovation. This striking 19th-century building on the corner of leafy Drummond and Faraday Streets is now occupied by a team that involves co-owner Andrew Joy, once the manager at Marion, and chef John Paul Twomey, formerly founding head chef at Cutler & Co., development chef for the McConnell group and head chef at Gilson in South Yarra.

There's a marble bar – the back bar is laden with rows of backlit glassware instead of spirits – and an oval communal table in the middle of the high-ceilinged space.

The venue is deceptively large; there are five levels. Upstairs there's a spacious second dining room. Keep going up and you'll find two private event spaces, each taking up an entire floor. A bluestone cellar has also been converted into a private dining den for 20.

The menu is an elegant take on modern Australian food with a European influence that works well with wine and is seasonal. There is a kingfish crudo – a monochrome dish of thick slices of raw fish on a smudge of creme fraiche and topped with rough slices of translucent napa cabbage and shaved horseradish.

Shaved things reappear in a dish of grilled broccolini with shavings of cured egg yolk, fat lardons of bacon, and a parmesan, cream and egg yolk sauce. And there's a half roast chicken; it is tender and crisp-skinned and sits on a light, mousse-y aioli, with big raw sorrel leaves laid flat, confit rounds of potato, and jus on the side.

The 100-bottle wine list by co-owner and ex-Coda and Tonka sommelier Travis Howe, is not bound by one style or region.

On the fizz menu there's a lot from France. Germany, Austria and Slovenia pop up frequently in the whites section, and Italy gets a full page of reds. The team also opens a different "staff bottle" each day. It's off the menu – just ask if you'd like to try it.

A recipe from Carlton Wine Room is featured in The Broadsheet Italian Cookbook. Buy your copy at shop.broadsheet.com.au.