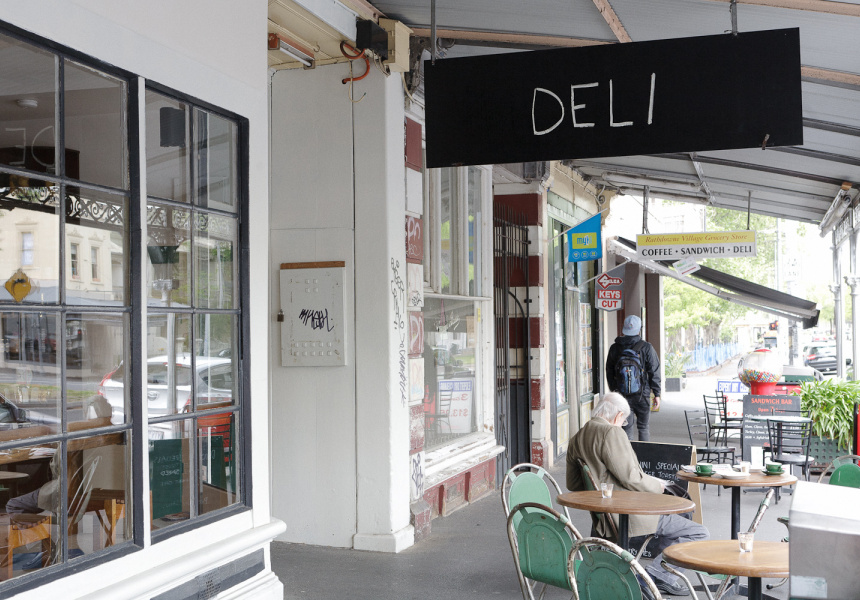 Stroll down the leafy Carlton North stretch of Rathdowne Village and you'll notice a hand written chalk sign that simply announces "DELI". Inside is an incredibly welcoming store packed to the brim with a selection of handpicked goodness.

The deli is the result of a chance meeting between Trish Strickland and Justine Murphy at Curtain Park one afternoon while their kids were playing. Both had toyed with the idea of starting a “really good deli” but both knew doing it on their own wasn’t an option. And so a partnership was born. Justine was already in the hospitality industry (owner of South Yarra's My Legendary Girlfriend), whilst Trish was working as a chemical engineer. The pair decided to open a shop with a modern take on an old-fashioned deli.

Everything in the store is chosen on its own merits, with a mixture of familiar (think Movida Bakery bread and Padre Coffee) and obscure items that customers might not have seen before.

A window bar up the front and a large communal table nestled up the back give customers a place to plonk down and enjoy coffees and house-made meals and treats. There are also a few tables out the front, which should prove a hit during summer.

When asked what gave her the final push to get started and take the leap from her old career, Strickland laughed: "It was either a meth lab or a deli…the deli seemed a safer choice!"