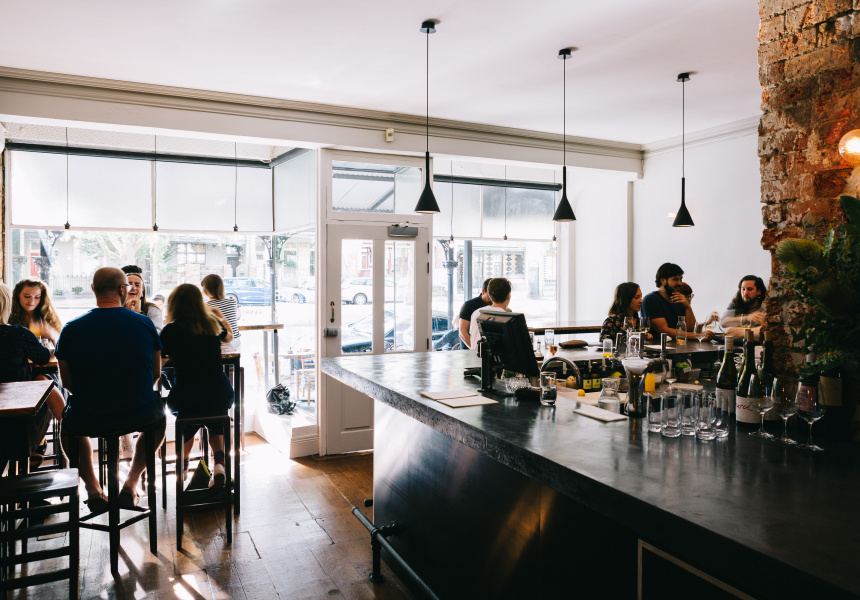 Henry Sugar draws on Michael Baker’s time as chef at Fitzroy’s Hell of the North and former world’s best restaurant El Celler de Can Roca and Daniel Mason’s stint behind the bar at Joe Taylor, Cookie and the Toff in Town.

The food is approachable; there’s rarely more than three or four things on a plate. It’s not minimal, just rustic.

The slim menu includes dishes such as a puy lentil parfait cooked in sherry; a kangaroo tail and rhubarb rillettes (known informally as “kangarhubarb”); and a tofu tartare with yuzu and shiso. Sweets include a dessert of coconut custard, coconut granita and citrus-and-mirin sorbet. And a dish of caramelised lychee, green almond and roast-parmesan ice-cream. Tuesday is locals' night, with $4 snacks and drink specials, and brunch is held every Saturday.

Baker and Mason kept the fit-out simple, stripping out a load-bearing column to the fireplace underneath and installing a charcoal-coloured concrete bar in the centre of the space.