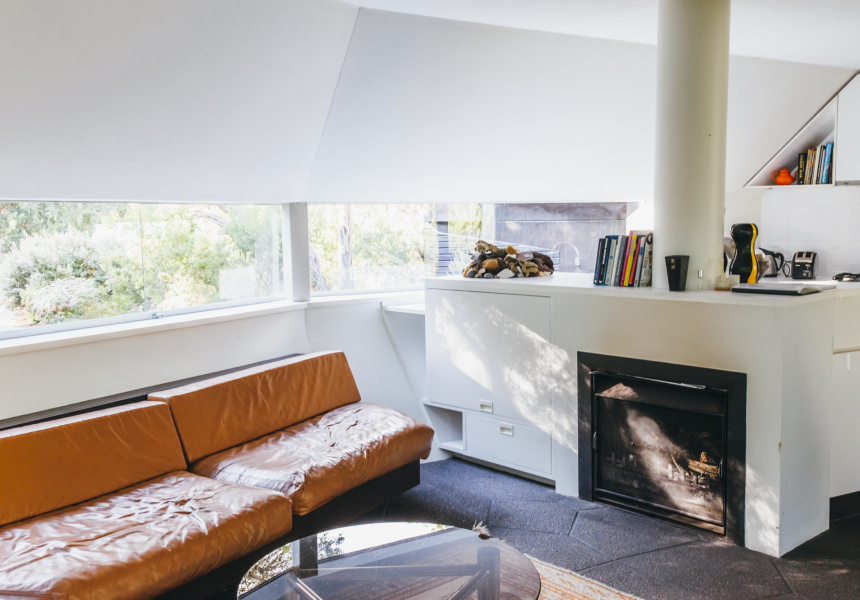 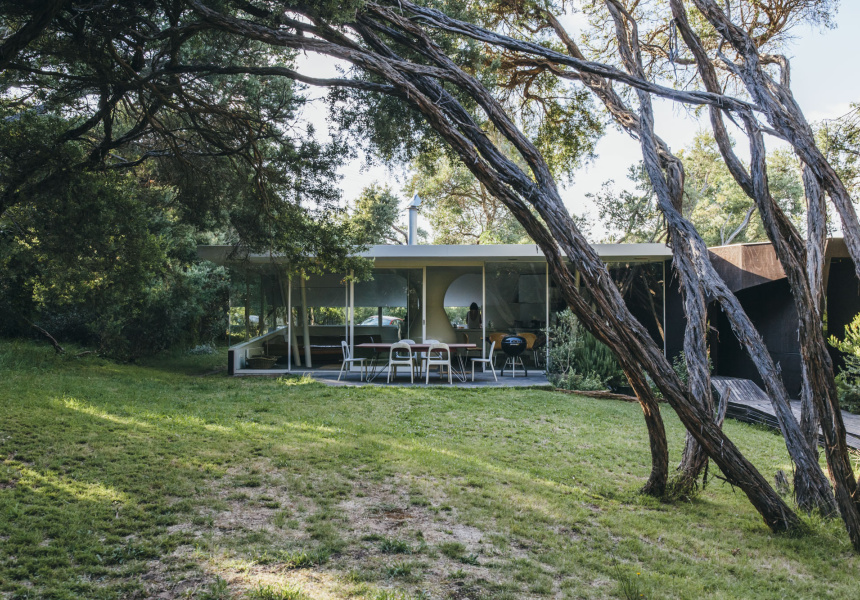 Built in 2006, its frame was developed after thorough analysis of sunlight’s movement across the site, along with the wind’s frequency, speed and direction. The resulting award-winning design is both environmentally driven and aesthetically intriguing, with walls and windows taking on uncommon angles, and the striking internal water tank (aka living room “blob”) acting as a natural cooling system in warmer months.

There are two bathrooms and three bedrooms, which can sleep up to eight guests. There’s a fully equipped kitchen, including pantry staples such as olive oil, salt and spices. Bar the dishwasher, all appliances are in the laundry – hidden away for the sake of aesthetics, perhaps. There’s a washer and dryer if you’re staying a while.

The rear glass doors open onto a sprawling back lawn for hosting balmy summer dinners, and a fireplace and a barbeque outdoors. 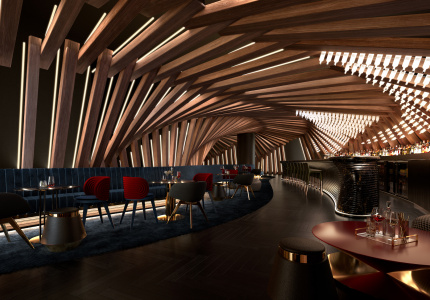 A Guide to Victoria’s Best Glamping Escapes for Summer