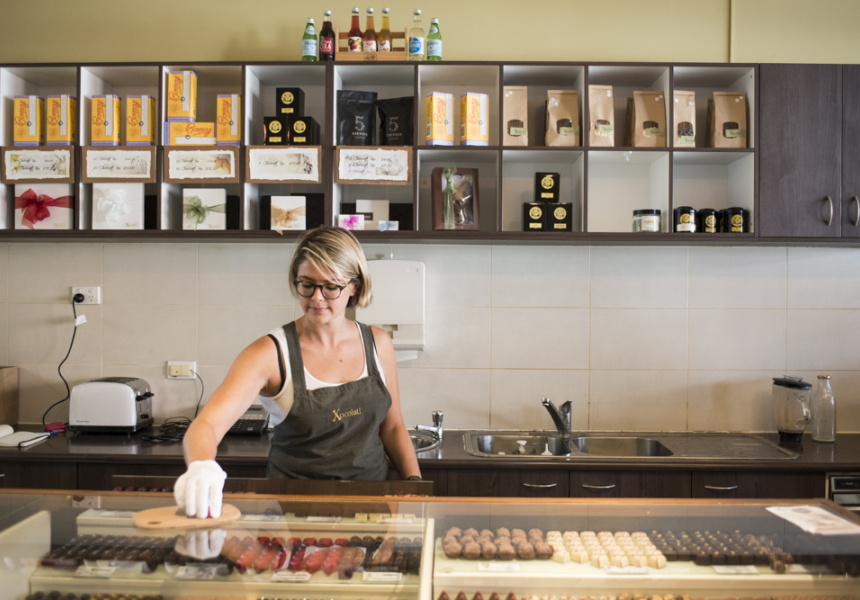 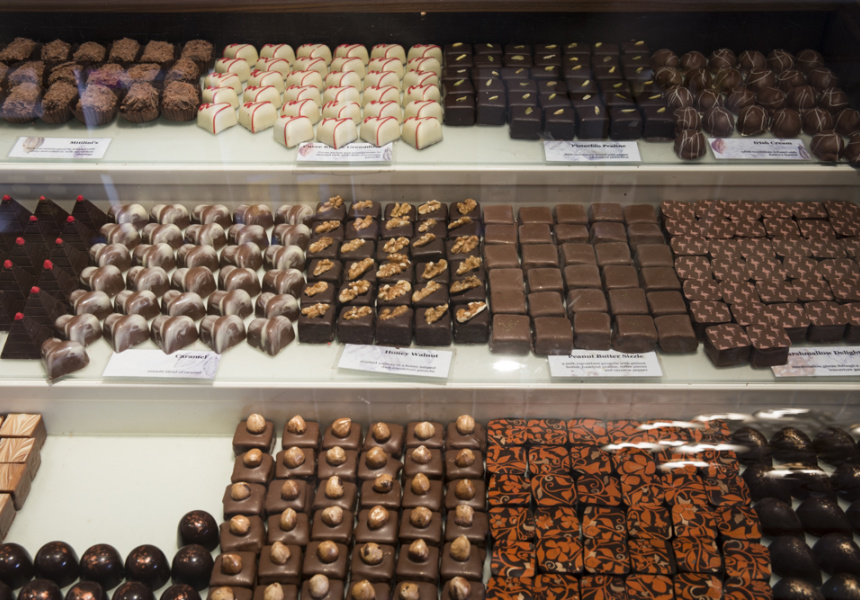 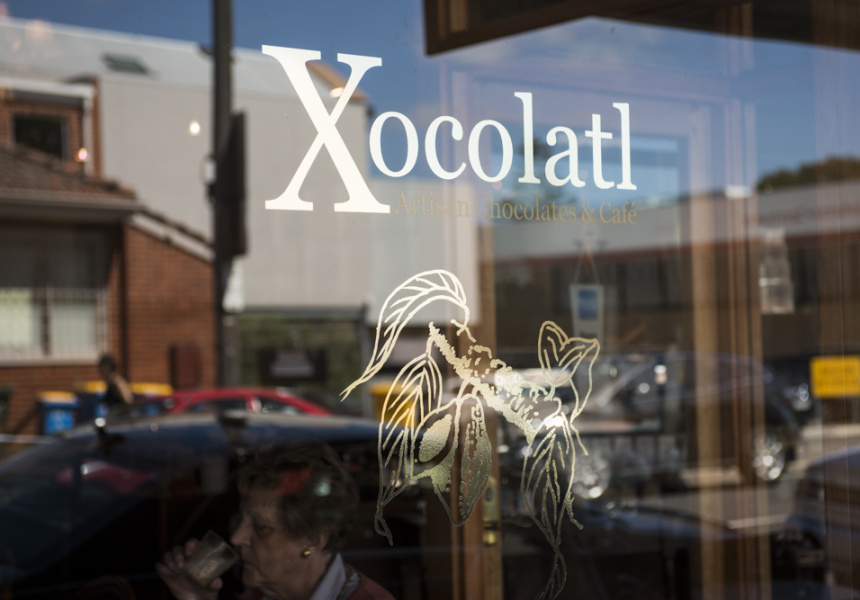 Xocolatl is one of the few places in Melbourne where it is socially acceptable to dribble smears of chocolate down your chin. The store’s curious name extends from the Aztec word used to describe the world’s first ever hot chocolate, directly translating to ‘bitter water’.

Living by the words painted across the wall of their Canterbury store, “where flavour, artistry and passion meet”, the Partsioglous – Christos, wife Jenny and daughters Madelaine and Tina – pride their family business on originality of flavour, travelling far and wide to countries such as Spain, Ghana and Japan for inspiration. What separates Xocolatl from your average chocolate cafe is the experimentation with a range of exotic flavours, without producing chocolate too rich or sickly sweet, straying even to the most unlikely of savoury combinations.

Charismatic head chocolate chef Christos, also the tongue-in-cheek self-appointed manager of ‘quality control’ who seeks any excuse to savour some quality chocolate, explained how they turn their kitchen into a laboratory to play around with different flavours and textures.

Among their family favourites from the chocolate display cabinet is the Peanut Butter Sizzle. It consists of sea salt, fragments of toffee, peanut butter and a dash of cayenne pepper which leaves a lingering warm, tingling sensation on the tongue or, as Jenny dubs it, a party in your mouth. Other novelty flavours inspired by home cooking and restaurant meals include basil champagne, the Austrian sachertorte, rose caramel, balsamic strawberry and mango gorgonzola.

All chocolates are made on site at their Kew East store and can also be found at Xocolatl’s second location in the quaint, village shopping hub of Maling Road.