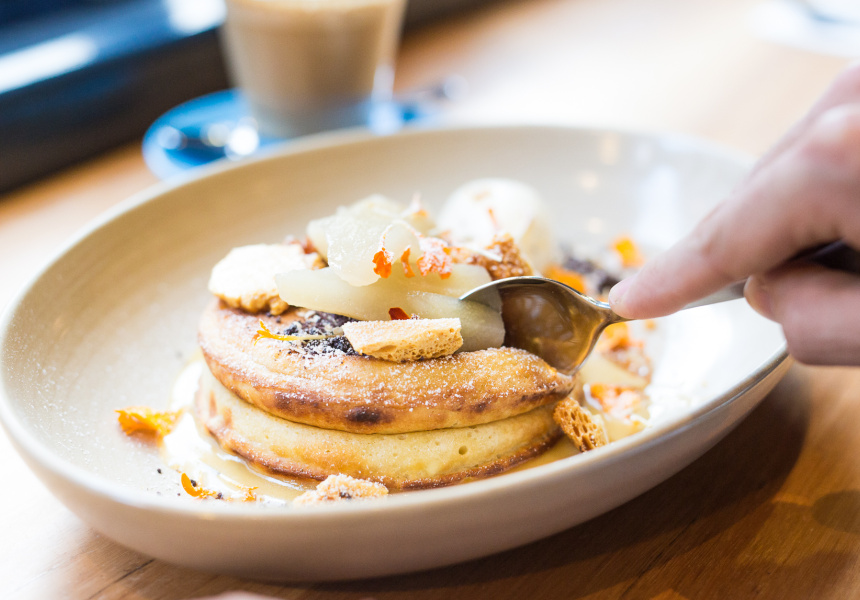 After selling Liar Liar in early 2009, Nolan Hirte opened this buzzing cafe in the backstreets of Collingwood.

It’s laid out according to his love for specialty coffee. A long L-shaped, speckled stone counter serves both as an outer shell for the small kitchen and a huge brew bar, where three or more baristas enjoy an uninterrupted workflow.

An army of grinders hold a variety of Proud Mary's own blends and single origins, roasted a block away at Aunty Peg's. These can be enjoyed via cold drip, V60, AeroPress and espresso.

At Liar Liar, Hirte was frustrated with only having three group heads to extract espresso, causing cross-contamination between different varieties of coffee. At Proud’s he remedied that by welding together two three-group Synesso machines to create a custom six-group monster. Each single origin has its own extractor, ensuring it tastes like nothing but itself.

In the kitchen, chef Vicky Symington (ex-Attica) avoids well-worn classics in favour of original takes. Braised beef cheek is spiced with Balkan pepper paste. Avocado on toast is made crunchy with sprouts. The ricotta hotcakes are dabbed with aromatic, cardamom-spiked sour cream.

This combination of top-flight coffee and food means the raw-brick space is almost never quiet, regardless of what day or time you visit. Accordingly, don’t expect to get your takeaway coffee right away. There’s almost always a few local residents or workers hanging around the entrance waiting to score.